Greatness must involve victory over quality opposition or significant odds.

In the boxing world I have just described Manny Pacquiao.  You don’t even have to love boxing to admire and respect this little man who packs a mighty punch.  Manny Pacquiao has been appropriately labeled by fans of the sport, bloggers, sportswriters, and fellow boxers as the best “pound for pound” fighter in the modern era.   In other words, as a boxer who has won titles in eight lighter weight divisions, he is never going to fight for the “heavyweight” championship of the world.    That’s because he is five feet six inches and weighs in at a hundred and fifty pounds, all wet in his street clothes.  He is not going to be remembered like a Muhammad Ali because his greatness in the sport is measured in different dimensions. 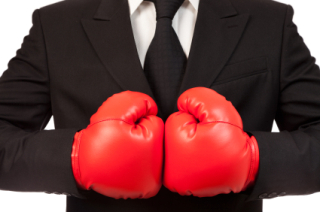 These include: how many weight divisions he has won, the quality of his opponents, and his skills in the ring.  I will never forget witnessing those skills for the first time.  Hand speed.  Power. Work rate.  All masterful.  You know a guy is great when you feel sorry for everyone he fights.  In this way, a “pound for pound” fighter designation gives you the greater measure of the boxer.  Measuring pound for pound puts smaller fighting men into the powerful categories right up there with the “heavyweights.”

As pastors and members we easily confuse the measure of greatness in the local church.  We all know and admire the heavyweights whose numbers are the size of small cities.  I should know because I am in one of those churches.  But one thing my senior pastor has taught me is not to elevate numbers beyond other dimensions of measurement God considers more important.   He knows and I know that numbers do not translate to church health, disciple making, and God’s justice being delivered missionally through our efforts.   We also know that the scale of our church demands proportional measures of faith and fruitfulness with the people we have.  We might be in the “heavyweight” division but measured on the “pound for pound scale” we have found churches a fraction of our size outperforming us in many ways in areas of our weakness.

We know God weighs churches pound for pound not seat for seat.

A great “pound for pound” category is the quality of your efforts with men in the community and men in the church.  More specifically, how are you doing in the battle to combat the Devil’s assault on the men he has called you to reach in your culture, community, congregation or country?  The Devil can’t stand a church or pastor who stops dealing him the aces (the men) he needs to deliver his diabolical schemes.  In fact, he fears the church that starts delivering disciples who become great pound for pound God’s men.  These are men who are not just good attenders but are great activators of God’s purposes in and through their lives.  And while Satan can hijack one gender as easily as the other, he chooses to focus his efforts on the hearts of men for pure performance reasons.  We must get this precisely because Satan does.  He’s showing his hand to us!

Romans 5:19 puts the “pound for pound” strength and dimension regarding men in perspective for us like no other verse of the Bible.  “For just as through the disobedience of the one man the many were made sinners, so also through the obedience of the one man the many will be made righteous,” (NIV).  Did you see it?  One man impacting many.  One blast zone produces death.  The other blast zone produces life.  Satan believes in and knows the impact and appreciates the power of “one man.” Adam listened and death reigned.  Jesus did not bite on Satan’s suggestions and life reigns forever.  Men will be in Adam or they will be in Christ.  He loves and uses the one type and deeply fears and loathes the other type.  More than any one of God’s creatures, he understands that human history itself rises and falls on the shoulders of men.   Men are both the thrill of his victories and the agony of his defeats.

But do we believe this like He obviously does?

Measuring Your Church POUND for POUND

Courageous pastors acknowledge and go after quality and depth versus simply numbers.   Put your congregation through following pound for pound analysis:

Satan is focused on keeping men leery of church and keeping the church ambivalent about men.  That’s a huge victory for evil’s enterprising leader.  Conversely, if your church sees and prizes men the way Satan does, moves intentionally to balance out other strengths with a strong men’s culture, and becomes good at winning new men to Christ you may consider that a hard won victory over Satan.   More importantly, the spoils of turning the tide in that war will bring supernatural blessing and power into your efforts.  My friend Dave Murrow (Author of Why Men Hate Going to Church) likes to say that men are like Miracle Grow (a super plant food) for churches: “Sprinkle them throughout your efforts and your church will grow.”  I couldn’t agree more.  Pound for pound your giving will grow, your church health will grow, your church unity will grow, you will keep more youth longer, you will have more leaders to drive initiatives, and fewer critics!  The men in your community and in your congregation are high value targets. If you don’t make them a priority Satan will.  If you don’t have a plan Satan does.  If you don’t win him to Christ, Satan will win him over to the culture.