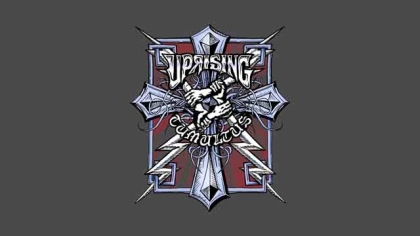 This is the first in a series we are calling “Uprising,” where God’s men seek to reject the material world and embrace God’s world. What does the future hold for us? What does the Bible say about the future of God’s men? This article — and the others that follow — take us on a journey into the broken male culture, where the men of God need to seek revival in God’s words, God’s laws and God’s desires for us to submit to His will. This series will help you understand, through the lens of Scripture, what God expects from his sons.

What is an uprising? When we study historical movements, we find that uprisings have common denominators. First, all uprisings — both locally and globally — have one or more deeply felt issues at their core.

One common denominator of uprisings is that they convey a sense of deeply felt injustices that are perceived to be going on in society. Injustices could fester for decades, or they could simmer for centuries, but eventually they explode, unleashing revolution. Remember the Green Revolution in Iran a couple of years ago? Do you recall the French Revolution? The American Revolution? The Bolshevik Revolution? Tiananmen Square?

All of these revolutions — and many other uprisings — have the similar common issues: deeply felt issues of injustice, of emotional pain, of being marginalized… and then a flash point erupts and everything unravels.

How does this relate to us, as God’s men, in this current moment in history?

Guys – it’s about masculinity. It’s about the partnership between evil and the broken male culture worldwide that has been allowed for centuries to run over our women, our children, and the innocent by-standers of the world, pulling them into pain and suffering. The Bible — in Isaiah 5:7 — warns us that this has been a problem for centuries.

We need to stop this thing that I like to call the “male blast zone,” where we as men have been given the mantle of leadership in cultures around the world, but we use that mantle to inflict suffering. In fact, it even happens among God’s men. That’s what Isaiah is saying is happening in this passage of Scripture. God’s men, Isaiah warns, are creating suffering and God’s prophet speaks to us about it in verse 7.

I want to pause there. I want you to think about this for a moment. God is our father. We are His sons. There is a separation between His sons and EVERYONE else on the Earth.  It is not that this says our daughters are less important. What this says is that there is a generational feeling between a father and a son.

We are to protect our daughters like they are diamonds. Our legacy, however, is in our sons. So when the Bible says that the men of Judah are the “garden of his delight,” it means that men are the object of the Father’s watchful eye. It means that men are a reflection of Him in the masculine. Our Dad — God — has high expectations of us. He wants us to be like Him:  faithful, honorable, truthful.

Both then, and now, God looks for justice, but sees bloodshed. He looks for righteousness, but hears cries of distress. So when we talk about global injustice and global suffering being connected to the broken male culture, we are not talking about a new phenomenon. This is the corruption of sin in the world. What we are talking about is a centuries old phenomenon. God is watching. God is tracking. He is particularly tracking His sons; their part in it, what they are doing about it, and that’s why he would sends us His prophets — the men of God — to call out His boys and say enough is enough. It ends here.

What is the war for male identity that is going on right now in your life? I know it’s there because it’s reality for all of us. How does it happen? What is the formula behind the broken male culture? What is it going to take to defeat it? What is an example from the Scripture that shows us the way out? After we answer that, then I want to ask you point blank: Are you going to lead the uprising at home, with the men of your church?

Do Not Love This World

“For the world offers only a craving for physical pleasure, a craving for everything we see, and pride in our achievements and possessions. These are not from the Father, but are from this world. And this world is fading away, along with everything that people crave. But anyone who does what pleases God will live forever.”

What do we glean from this passage?

We glean that there is a very powerful force out there. God tells us not to love culture, and specifically, the masculine vision of what you should be. Reject the broken male identity. Reject our desire to be great, and our need to contribute and to be significant in the world.

When you study “Uprisings,” whether it’s the French revolution or the Bolshevik revolution, they have some common elements. They all begin with injustices and deeply felt emotions and issues. And then, the simmering turns to a boil, unleashing a flash point where things explode. Across the globe, we are currently seeing an increase in flash points clearly showing us that we are being pulled into “uprisings.”

God’s men are responding around the world with our own Uprising! Men are turning away from the carnal world and embracing the spiritual world. There is a spiritual “Uprising.”

Watch Uprising Session 1 where men’s expert and pastor Kenny Luck helps you to learn how God’s men are joining God’s“Uprising.”