This is the third of four articles in our “Fantasy Island Series III” which explores reality and its relationship to fantasy. In this article, we want to discuss the dangers of living a double life and how this fantasy destroys lives. We are going to take a closer look at the emotional aspects of fantasy. We are also going to discuss God’s will for men like you who want to grow in maturity, truth and reality, versus Satan’s plan to replace your reality with his fantasy, escapism and unreality.

Fantasy affects our relationship with God. It desensitizes, disappoints and disconnects us from God AND the people we love.

Not only does our darkened understanding separate us from God, but when we separate ourselves from God to pursue fantasy, a natural by-product is that our relationships with people start tanking too. 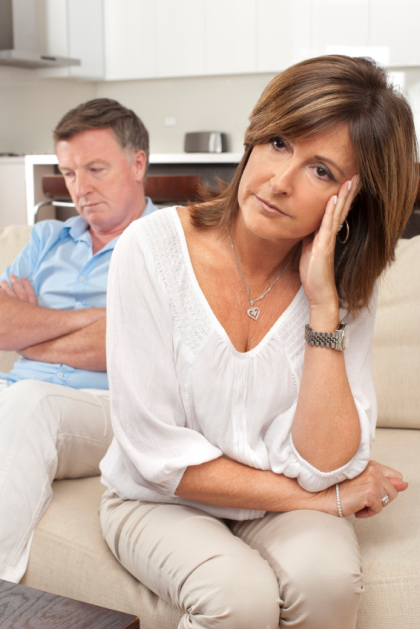 In Philippians 2:3 it says “Do nothing out of selfishness or vain conceit but in humility consider others better than yourselves.”  Fantasy is selfish ambition. It is a need to get your needs met outside of God and real people.

How does this impact your relationships?

Consider this letter from a wife from my own congregation:

I married an amazing man. I still love him today, with all my heart. I have known him since junior high school and although we were both married before to other people, we were meant to be. We married on the same anniversary date as my parents 20 years ago. My parent’s marriage was one to model, and I knew I wanted mine to be just like theirs. Through the course of 20 years, miscarriages, job losses, abundances, wants, children and all the things that go with that, I thought we were ‘all good,’ as they say. We even had several comments from my family always noticing the connection and the bond we had. The common phrase was: ‘you and your husband remind me of mom and dad’-  music to my ears.

Seven years ago, I realized our physical and sexual life started to change. The requests being made by my husband was very unusual and quite demeaning. I expressed this concern as more and more violence came, and if you don’t mind me saying kinky, freaky things were asked for. I tried to always fulfill his needs, but the distance became more and more visible — not only in the bedroom.

My husband was not happy. I bought books on this topic. I read books on sexual connection for us, however, it was too late, and on a business trip he made a connection with his assistant who basically listened to him and didn’t confront him and that was all he needed to enter his own little life of fantasy with her. The emotional affair was revealed in a simple way, however, the reaction and reality was completely devastating.

Do men not realize what it is to say, “I do”? Do they not understand the implication and destruction the fantasy does to their spouse, children, and other family members and friendships?

This, Kenny was the worst thing and feeling I have ever had in my life. I would have much better accepted death. There is no abandonment and betrayal from that, don’t get me wrong, death is not easy. I’m sure, however, there are not choices being made in death like in betrayal. I know personally I didn’t want to be a mother anymore, a wife anymore, a sister anymore or a daughter anymore. I just wanted to sit in a ball in the corner of my room and cry. I wanted to die. Men need to hear the complete wreckage that this does to the one person that they committed to and loved so much.

I hope that cuts to your heart the way it cuts mine. I think of the many guys who are pursuing fantasy or virtual relationships. I think of the destruction fantasy causes in the lives of the people who we are supposed to love. I think of the horror of how we will stand before Christ on that day. I shutter, because God loves this woman. She’s His daughter.

Did you read the disappointment of betrayal in that letter?

She said she would rather die because dying doesn’t involve the choices of betrayal that are made.

In Galatians 5:13, it talks about when you have a relationship with God you are liberated and freed spiritually. Sometimes when guys feel they have been liberated, they think they now have this unlimited bank account of forgiveness so why not dive into sin.

Don’t take a cash advance on your forgiveness!  You are setting yourself up for massive discipline and disappointment and disconnection from people. In Galatians 5, it talks about this dynamic: “You my brothers were called to be free, but do not use your freedom to indulge the sinful nature, rather serve one another in love.”

Don’t use your freedom to sin because sin involves self and Satan. He’s going to take your eyes off God and substitute something or someone else, making it very difficult to connect with people. You start getting bored and angry with the people in your life. You get more and more selfish, and it’s a continual slope once his cords are wrapped around you. It’s very difficult to get out.

Trust me, I know. I started a sex abuse program and worked with men who were so strapped by sin and selfishness and addiction and fantasy that all of their relationships were disconnected. This is very basic. You don’t look at fantasy on an intellectual level. It’s not really your behavior or what you’re doing.  It’s your relationship with reality and your desire to want out of reality.

Can I tell you the good news?  God wants you back.  He provided His Son who died on a cross, to provide forgiveness of sin both eternally and daily.

That’s why Jesus told the story of the prodigal son. You need to come home to your Father. He misses you. He loves you. He wants to make a way for you to come home.

WatchFantasy Island – Part III where men’s expert and pastor Kenny Luck helps you learn to own God’s gift of sex for yourself.”

The Three D’s of Fantasy – The Fantasy Island Series III