Backs To The Wall

The military term is called encirclement.  Think Thermopylae, Little Big Horn, Dunkirk, or Stalingrad.  No supplies can be received.  No reinforcements are coming.  No retreat is permitted or possible. One side has lost its freedom of maneuver because the opposing force is able to isolate it by controlling all ground lines of communication and reinforcement. No man, no unit, and no army intentionally chooses to be in this position. It is usually the result of the tide of battle turning. 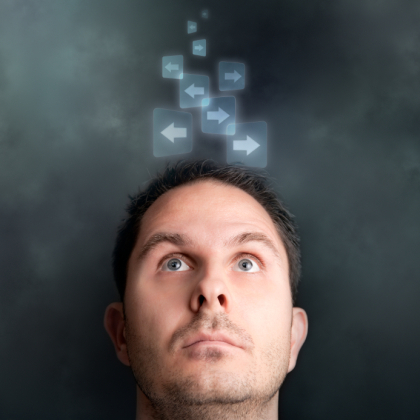 Three (and only three) options are available to you: break out, fight to the death, or surrender.

Deciding not to decide is not an option.

You may not be deployed in Baghdad or Kabul or along the Korean DMZ at the moment but make no mistake:  as a man of God your back is against the wall. Your personal world may have avoided direct exposure to the growing cultural conflict for now but it’s coming to every believer’s porch.  For some of you it’s coming “Next Day Air” and you don’t even know it.  In this hour, no amount of complaining politically or cocooning socially with fellow believers will be enough.  You will have to stand.

The days of Judeo-Christian ethics, respect for the 10 Commandments, and the elevation of the Sermon on the Mount as the defining and proven morality of our time are gone, finished, and being intentionally driven out by the new, secular morality.  This cultural suffocation of God out of most, if not all, mainstream cultural channels, means holding to the convenient and comfortable middle ground of faith has been vaporized too.  Staying detached is not possible.  Denying the reality won’t work.  Cultural encirclement of all orthodox Christianity is here, encroaching progressively, and calling out all who claim faith in Christ to make an uncomfortable choice: blend or battle.

Coming soon through either enforceable legislation or cultural compression are conversations, situations, or demonstrations that will force you either to “tap out” or “tap in” into your convictions about everything.  Nothing will be off the table.

Every space of existence will be permeated with a cultural antagonism toward biblical morality and expression extending from the playground to the playing field to the political players who want to control how you can or can’t express your identity in Christ.  A slow and steady “pincer” move is happening culturally.  You can feel it and now you can see it daily in the news and in your social circles.  Being, believing, and behaving as an orthodox Christian today is the cultural equivalent of being backward, uneducated, unenlightened or a bigot. There is now no such thing as comfortable Christianity.  Without the middle ground, Christians worldwide are being forced to blend their affiliation with God in with the larger views of culture or take a stand and activate their faith in the living Christ. Either we blend our faith with the secular ethic and cultural rivers of thought so as not to standout at all or we speak up, take the heat, and believe our beliefs as energetically and intelligently as those who seek to stamp them out.

So, my brother, where do you stand?

However you answer that question it’s time—time to prepare to battle versus blend in passively.  Your major weapons are your relationship with God and your mind soaking in the Word of God (the Bible).  At EMM we are equipping individuals, small groups, and churches with strong equipping sessions that deal head on with the most hotly contested cultural issues facing men of faith.  No soldier is sent into battle with good intentions and passion.  He has his core weapons.  You can’t go into this battle today without weapons either.  To learn more click HERE