Marijuana use is experiencing a new “high” in popularity, particularly among baby boomers, according to the recent National Survey on Drug Use and Health, sponsored by the U.S. Department of Health and Human Services. The “medicinal” use dispensaries popping up in several states, which have turned their reddened eyes away from the Federal laws, provide easier access for anyone seeking temporary relief from a wide variety of pains. 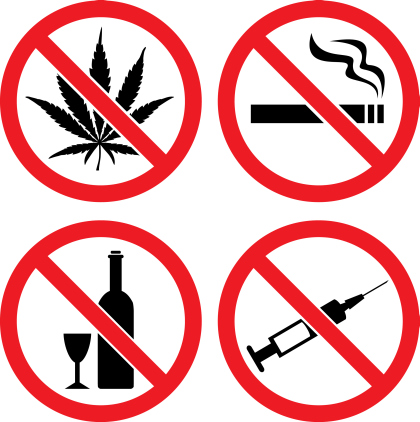 Most Christians think the Bible doesn’t provide guidance about the wonder weed, however, you might be surprised. Smoking pot gets in the way of God’s plan for your life.

Here’s the blunt truth: People who use marijuana for “enjoyment” are dancing with the devil with an addictive drug that compromises your health, vitality and ability to protect and provide for those who rely on you.

I worked in a dual-diagnosis drug rehabilitation facility for a decade, and have seen firsthand how marijuana, alcohol and other drugs can cut futures short, undermine growth, spark mental illness, and halt progress. Clearly, it’s best to say nope to dope because it’s not your bud!

So why is drug use soaring among boomers? Turning to pot helps escape reality.  We live in stressful times, and when the demands of reality outstrip a man’s character and capacity to meet those demands (in the home, in marriage, in difficult times, in adversity), that feels BAD. When we feel BAD about ourselves we want, and are encouraged, to feel GOOD. Drugs suspend or numb feelings about our inability to cope.

Ironically, the key to quitting is to surrender to reality — the reality that there’s a creator, who can restore you to health and provide abundant life on earth and eternally.

What the Bible Says about Pot

Some people excuse pot smoking because it’s not harmful, not addictive and it’s only for recreational purposes. But these are deceptive lies, created by the enemy. Smoking pot damages the mouth, esophagus, lungs, heart, the mind and motivation. Marijuana delivers a physical and mental stimulus that becomes addictive.

God wants a personal relationship with you, but for many today, weed is in the way. I suggest getting high on the Holy Spirit and let God dwell within you. That’s one trip that won’t go bad.

What Do You Worship?

Kenny Luck is the President and Founder of Every Man Ministries. As the Men’s Pastor at Saddleback Church in California, Kenny has found the proven way to improve men’s ministries around the world. Sleeping Giant is this blueprint, and gives men the tools they need to lead and understand their own men’s ministry. Watch Kenny’s teachings at EveryManMinistries.com.