Spiritual independence is an oxymoron. The key word here is moron

“My relationship with God is personal,” is a common refrain. I hear this from men who either don’t have the spine to accept responsibility or to admit a fault, or both. As a men’s pastor it is the verbal equivalent of a skunk facing south with its tail raised: it’s code for “Get out of my space, or else.” There are lots of reasons men respond this way. Shame, selfishness, ignorance, wounds, and defects produced by a sinful nature are the major culprits. But for the man who has experienced the slimy pits of self sufficiency, been broken by his sin, awakened by grace and tasted God’s goodness, this reaction is more than counterproductive. It invites God’s discipline. 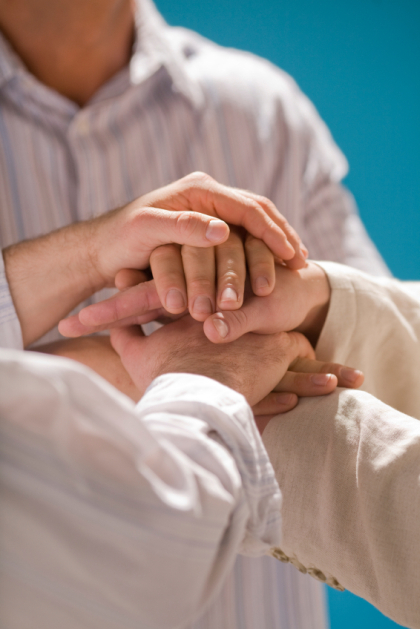 God’s man is designed to live interdependently with another brother. This accountability is a locking of arms that grows stronger over time. The myth is that deep spiritual maturity should require less accountability over time. It certainly sounds good. But those 246 pastors would probably tell you the opposite is true.

This “symbiotic accountability” is highlighted in Paul’s exhortation to the Thessalonian church. Reconnaissance by Paul’s protégé Timothy showed good spiritual progress and his reports were off the charts. Their report card according to I Thessalonians 3:6-9 was:

What do you say to disciples like this? Listen closely to how Paul manages the news and responds to the men in Thessalonica who might be feeling like they’ve got the Jesus thing down.

“Finally, brothers, we instructed you how to live in order to please God, as in fact you are living. Now we ask you, we urge you in the Lord Jesus to do this more and more. For you know what instructions we gave you by the authority of the Lord Jesus. It is God’s will that you should be sanctified: that you should abstain from sexual immorality; that each of you should learn to control his own body in a way that is holy and honorable, not in passionate lust like the heathen who do not know God; and that in this matter no one should wrong his brother or take advantage of him. The Lord will punish men for all such sins, as we have already told and warned you”(I Thessalonians 4:1-6).

The message from Paul to the men of Thessalonica was unmistakable:

“I affirm you and your progress to this point.”

“I am not letting you stay comfortable.”

“I am focused on the next area of spiritual integrity.”

“I am in your spiritual life to stretch you.”

“I am going to invade your space in Jesus’ name.”

“I am asking and urging you to keep stretching spiritually.”

“I see an area you need to work on—keep your togas down!”

“I do not need an invitation or a crisis to speak up.”

Brother to brother, believer to believer, we are deputized by Jesus and given the authority in Him to firmly and gently encourage a brother to line his life up with his identity and responsibility as God’s man. It’s not about the messenger, his character, or even his delivery. It’s about who he represents, the truthfulness of his observation, and his faithfulness to God’s purpose for the relationship.

What is the relationship between a clown fish and sea anemone? Lobbyists and political parties? Abbot and Costello? Dean Martin and Jerry Lewis? All of these relationships are symbiotic. The connectedness of two dissimilar organisms or people that is mutually beneficial. What about God’s men in a local body of believers, a house church, a small group? Rob and Darren. Bill and Howard. Scott and Dave. Mike and Frank. Two dissimilar men who have unique skills, passions, natural abilities, personalities, and life experiences, mysteriously connected by God and mutually benefiting. Designed different, but put together for a specific, kingdom purpose by the Creator.

So what? What’s actually at stake if you don’t enter that kind of spiritual relationship with another man or two? The less accountable God’s men are, the sicker that body becomes because it’s got unchecked cancers of character growing. The more accountable we are as God’s men, the more healthy the individuals are and, consequently, the healthier their body of believers becomes. That’s why more of God’s men need to have a Jonathan and David moment. One God’s man simply commits to the other that “The Lord is witness between you and me”(I Samuel20:42). In other words, we are each other’s spiritual space invaders, we won’t let each other fail spiritually.

Solomon saw clearly that our spiritual direction in the present is determined by our willingness to be deeply connected and accountable to men of character. He instructs, “Thus you will walk in the ways of good men and keep to the paths of righteousness” (Proverbs2:20). We are better together but that means taking a purposeful risk.