This is the fourth and final article of a four part series on “Fantasy Island,” which explores reality and its relationship to fantasy. In this article, we want to discuss the dangers of living a double life and how this fantasy destroys men’s lives. We are going to discuss God’s will for men like you who want to grow in maturity, truth and reality, versus Satan’s plan to replace your reality with his fantasy, escapism and unreality. 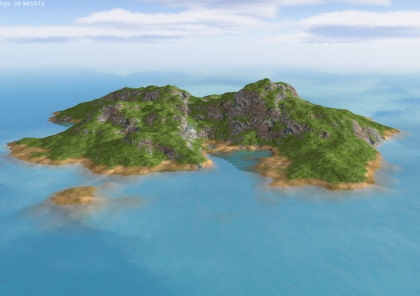 Fantasy is an island. It separates you from reality. It disconnects you from God’s glory. It detaches you emotionally from the real world. It severs you from reality. It creates depression. It accelerates relational dysfunction. Fantasy places a wall between you and your girlfriend, your wife, your daughter, your grandchildren, your niece, and so on.

Today, we see men being publically exposed for living fantasy lives everyday. Consider golfer Tiger Woods. He had everything: a beautiful wife, a lucrative career, multiple houses, fancy cars, and more. But Tiger lived a double life. In his private life, he was a loving husband and a doting father. In his public life, however, he lived a fantasy life, a double life. He was Tiger; the superstar golfer. He also had a secret life, with multiple mistresses, who destroyed his marriage and derailed his career. He didn’t cope with his reality so he drifted to the island of fantasy and it destroyed him. Fantasies destroy men’s lives.

The same is true of Gen. David Petraeus, who recently resigned as the head of the Central Intelligence Agency, after an extramarital affair with Paula Broadwell was revealed. Gen. Petraeus — like Tiger — lived a double life, cheating on his wife while living on Fantasy Island with his mistress.

Some of you reading this are having some harsh realities in your life and you are not dealing with them very well. Privately, many of you would say “I’m failing.” But God has allowed you to get to this spot in your life so you would be open to the possibility that He really wants to help you. God’s hand is extended into your harsh reality and you can take it right now by faith, saying Jesus I accept you and your desire for a relationship with me.

The best advice I could give to any man wrestling with fantasy is to replace that negative relationship and passion with a positive one that is filled with purpose and centered in a powerful person. A man must replace his negative passion with positive one versus just resist the darkness.  Yes, my brother, he is the WAY.  That is the vertical solution available to you now.

On the horizontal and human level you need to carry this message of living with your reality to your sons and other men in your life. With conviction and boldness you need to share the gospel of reality, and build and grow your relationship with God. You need to cope with your reality and embrace it. At the same time, every man needs to let the life of fantasy go and replace it with the wonders of reality, where God’s grace, love, peace, joy, mercy and healing are in Jesus Christ. …and God’s men said, Amen!

Register here at Every Man Ministries

Fantasy ranges from innocent to indecent. From Disney dreams to dark diversions, it is the wallpaper of popular culture offering every man an alternative relief or escape from reality. Why is fantasy so powerful? Why is it so destructive on so many levels? Most importantly, what does fantasy reveal about a man’s relationship to reality? Watch this eye opening session with men’s expert and pastor Kenny Luck and learn why fantasy is an island. Join Every Man Ministries. It’s free to sign up!

FREE VIDEO COUPON
Have you used your FREE VIDEO coupon?

Use it now to GO DEEPER:  Watch the Fantasy Island video series from Kenny.