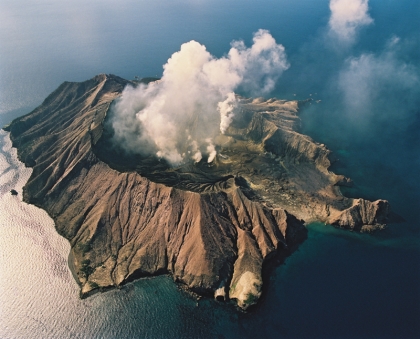 This is the second of a four part series of articles we are calling “Fantasy Island,” which explores reality and its relationship to fantasy. We are going to discuss God’s will for men like you, men who want to grow in maturity, truth and reality, versus Satan’s plan to replace your reality with his fantasy, escapism and unreality.

As men, everyday our character is tested. The pressure of life, the conflict, the chaos – all test our character. We have two options: We can face reality head-on as adult men and manage the tension and pressure of reality, or we can escape the pressure of commitment, responsibility and sacrifice that that go with reality and become guests on what we are calling  “Fantasy Island.”

Here’s the deal guys: when you escape into fantasy, does it eliminate your responsibility to the reality of your life? Absolutely not! We either grow up into our responsibilities as adult men or we develop a double life, creating diversions, escapism and unrestrained fantasies, especially sexual fantasies.

I’m not talking about fantasy football or gaming. I’m taking about porn—all forms of porn—hard, soft, actual, or mental. Right now there are millions of men pointing, clicking on the Internet, and having a relationship with a pixilated woman — a woman who doesn’t ask questions and lets me do whatever I want. Fantasy is a powerful desire for unreality. It is a disconnect, a dissatisfaction and a desire to escape from or replace your real life with an alternate reality.

God is not a fan of fantasy. God is big on truth and reality. It is God’s will that we grow up into our realities and become mature adults who know how to navigate the tensions of life, tensions which Jesus said would be there.

What we need to understand is that our reality is God’s glory.

This spiritual truth is revealed to us in John 9, as the harsh reality of life is put on display when Jesus healed a man born blind. As Jesus was walking along, he saw a man who had been blind from birth. “Rabbi,” his disciples asked him, “why was this man born blind? Was it because of the blind man’s own sins or his parents’ sins?”

Jesus said: “It was not because his sins or his parents’ sins. This happened so the power of God might be displayed in his life.”

Are you part of Every Man Ministries?

Fantasy ranges from innocent to indecent. From Disney dreams to dark diversions, it is the wallpaper of popular culture offering every man an alternative relief or escape from reality. Why is fantasy so powerful? Why is it so destructive on so many levels? Most importantly, what does fantasy reveal about a man’s relationship to reality? Watch this eye opening session with men’s expert and pastor Kenny Luck and learn why fantasy is an island. Join Every Man Ministries. It’s free to sign up!

FREE VIDEO COUPON
Have you used your FREE VIDEO coupon?

Use it now to GO DEEPER:  Watch the Fantasy Island video series from Kenny.

A Call To Arms Against Broken Male Culture, Uprising Part 1