In this series titled Fantasy Island – Part II, we are going to take a closer look at the emotional aspects of fantasy. We are also going to discuss God’s will for men like you who want to grow in maturity, truth and reality, versus Satan’s plan to replace your reality with his fantasy, escapism and unreality.

Fantasy is big business, however it’s not all bad. It’s not wrong to have dreams or aspirations, or to say: “Man, I wish I could do that.” But when it crosses the line over into destruction, that’s when we have to stop and pause.

You know this as well as I do.  You don’t have to find it — it will find you. If you are a man, you will have a relationship with fantasy. That doesn’t make you bad, it just depends on what kind of fantasy it is.

Jesus addresses the idea of sexual fantasy right on the nose. When He was talking to a group of guys, He said “You have heard ‘don’t commit adultery’, but I say if you lust after a woman in your heart, you have already committed adultery.”

Jesus always brought the discussion from the outward behavior to the inward life.

God made us with emotions and dreams, with aspirations and longings. These aren’t bad. What is bad is when we choose to fulfill these longings and aspirations in unhealthy ways through fantasy. It’s important, as a man, whether you are a father, want to reach other men, or are just growing yourself, you need to know what your fantasy is, what it does, and what it says about you.

Our fantasy life reveals a lot about us. We have to understand fantasy, its power, its ability to impact you, your family, your lives, your relationships and your thinking. We are not going to take on fantasy from the surface level. If you look at it from the surface level and the behaviors connected to fantasy, then you are not really dealing with it at the root. Fantasy and the whole destructive part of it doesn’t exist at the surface level at which you see it expressed.

When the demands of reality hit a man’s life, it puts pressure on his character. When pressure hits a man’s character, we see what he is made of. That is actually a phrase we use in a man’s world: “Let’s see what he’s made of.”

When you grow as a man, you get more responsibility, more sacrifices, and more tension. You have more relationships you have to manage, and that’s where the boy or the man comes out.  When the pressures and demands of being a man come, you can face them.  You can embrace those realties and grow through them.  The other option is to start looking for avenues to escape your reality because the reality is just too hard.

On a practical level, here’s what that means: if you can’t have a real relationship with a real woman through real interaction and real dialog and real courtship, or if you can’t find significance in your work reality then as men we just don’t feel so great.

If we can’t win a real woman, we will be tempted to pursue a relationship with fantasy. If we can’t find real intimacy after we go through the honeymoon phase of our marriage, we’ll be tempted to find an easy false connection with pixilated women.

If you can’t find real significance in the reality of your work, then you’ll be tempted to go into the fantasy world to take on some kind of false significance or false power. Shoot a gun for hours on end. Kill the enemies in Fantasy Land, and feel that sense of accomplishment and power. Run your fantasy sports team to conquer the league!  That’s how it works.

First, know that your reality is God’s glory. He lives and operates in truth and reality. You will not find God in the world of fantasy, because it is unreality.  Jesus said: “I am the way, the truth and the life.”

Second, your reality is your pathway to maturity. Growth requires character. Character requires pressure, where you leave boyhood behind and forge ahead into manhood.

To sum it all up, the discussion of fantasy revolves around contending with reality. You can do two things with reality: 1) you can embrace it, grow with it, and let God use it, or 2) you can compartmentalize it.

It’s sort of like the slogan: “What happens in Vegas, stays in Vegas.” The core of that campaign tells you to compartmentalize your reality. Escape and what happens here stays here. Culture concurs.

But just in case you don’t know this, we can’t escape reality.  You can try to abandon reality and pursue an affair, drop your family, think that the grass is greener over there, but your reality will always chase you. It will hunt you down. You cannot run from it. There are many, many testimonies to prove that.

God’s Word is going to tell you the truth.  Get connected with other like-minded men and pursue His reality for your life.

WatchFantasy Island – Part II where men’s expert and pastor Kenny Luck shows us that the real issue of fantasy does not exist at the level at which we see the behaviors. It is rooted in deeper emotional issues and conflicts within a man. Kenny dives into the man-specific emotional causes that propel men into fantasy. 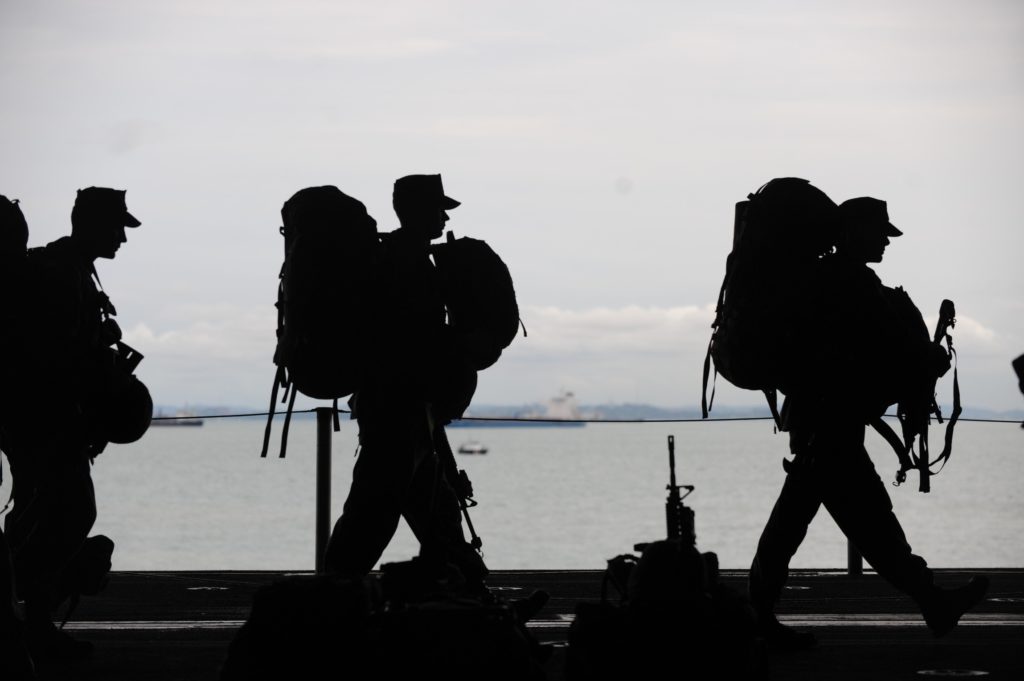 Onward Christian Soldiers The courage of a soldier is heightened by his knowledge of his profession, and he only wants an opportunity to execute what he is convinced he has been perfectly taught.  A handful of men, inured to war, proceed to certain victory, while on the contrary numerous armies…