They are single by default, by circumstance, or by choice.  They may have visions of marriage and family while others have totally given up.   The rarest of all in the Body see their relational context as a gift. But regardless of perspective and desire, all these men face unique moral and spiritual struggles which require more, not less, character than their married friends.  Strong beliefs are required to support stronger (but culturally disapproved) behaviors that preserve spiritual integrity.  It’s ironic that the most influential man who ever walked the planet was unmarried and possessed a sense of self rooted in God and his purposes that transcended the broken male culture of his day.  Jesus, as well as a host of other 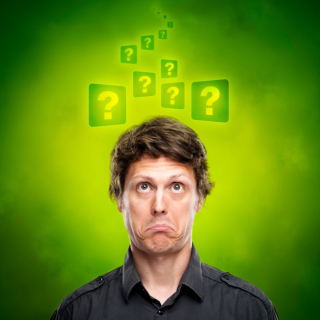 examples in the Bible, provides the template for our conversations with and ministry to unmarried men.  Here are the top three issues, examples and principles we should be addressing with this group of men God wants to use mightily.

“But you, man of God…fight the good fight of the faith.”  These intentionally directed words toward Timothy call out his identity.  What does Paul know that we should know too?  He knows that whatever commands this unmarried man’s identity will also command his energy and expression as a man.  Security of identity in Christ produces powerful discipline, patience, perspective and purpose in the midst of the unmarried man’s battles.  Whatever the unique context or issue that arises in the moment, like Paul, we want men responding and reacting out of their identity in God first.

Imagine a financially successful single man, working late and all alone in his office.  Now picture a beautiful woman dressed to kill presenting herself and physically lying down at his feet.  There are no illusions about what is being offered to this man. Far from being a hypothetical, Boaz found himself in exactly this position and found the strength to maintain his sexual integrity as a single man.  This type of sexual restraint and honoring women modeled by Boaz needs to be directly and transparently addressed along with the lifestyle habits that serve to replace resistance alone with healthy male and female relationships that support his spiritual and sexual boundaries.

Managing expectations and dashed expectations is a huge part of ministry to unmarried men.  Every man has them (expectations) but many times God is not operating on our time frame of delivery for His good reasons and His good purposes.  Time passing without fulfillment of the expectation often turns to panic which so often results in fear-based decision making to meet needs for intimacy ahead of God’s timing or outside His will.  This aspect of being single or single again can rob men of hope, create a reservoir of negative emotions, and, consequently, make them vulnerable to attack from within and without.  The only clear path for unmarried men that guarantees greater contentment and hope and less comparison and cynicism is a clear vision of God.  More specifically a clear vision of Him as faithful Creator combined with purposeful service and ministry for Him, which provides meaning, connection, and intimacy.  We have all heard the stories of God’s miraculous realization of a person’s hopes after a recognition and release of self into God’s loving sovereignty, care, and rule.  The longing may remain but God’s person, people, and purpose go a long way to replacing contentment.