Every year, men try to pony up at Valentine’s Day for their spouse, significant other or loved ones with the obligatory purchase of red roses, chocolates, jewelry, a card and perhaps a romantic dinner. Some men dutifully step up. Others go over the top, while others cross their fingers hoping they can do something right. But all men face the pressure of answering the conundrum that has eluded men for centuries, “what does she really want?”

Understanding women can seem like trying to solve a broken Rubik’s cube. 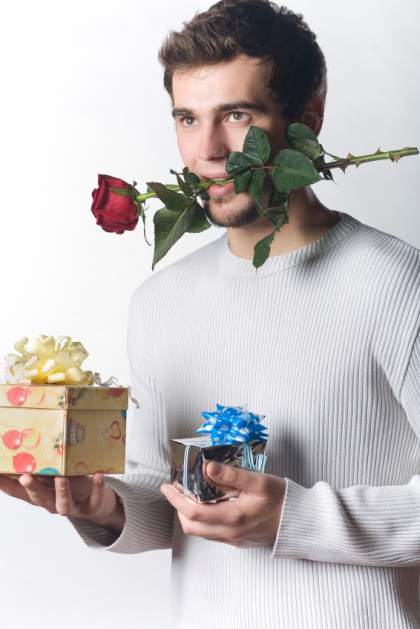 From historical accounts, and what we read from the wisest man’s “Songs of Solomon,” here’s a little love lesson on how to be the “Valentine” your sweetheart desires.

First, although there are various historical stories about the origin of Valentine’s Day, I found one that was interesting to note. It appears a St. Valentine may have been killed for attempting to help Christians escape harsh Roman prisons, where they were often beaten and tortured. According to one legend, an imprisoned saint named Valentine sent a greeting to a young girl he fell in love with–possibly his jailor’s daughter–who visited him during his confinement. Before his death, it is alleged that he wrote her a letter signed “From your Valentine.”

The question remains, however, what did his love interest think of the note? Did she really feel loved? Or was she merely flattered?

Now, turning to true story, written by Solomon with the help of his muse, a Shulamite girl named Naamah. Naamah gives what I believe is the secret to what women want for Valentine’s Day. And it’s not all your heart, money, trinkets, and over the top treatment. (What a relief, right?)

But before you get the secret, you have to recognize the difference between two types of love:

Men often fall into the trap of getting caught up in emotional-based love. Their feelings, whether penned on paper, spoken or even sung, can be an effective short-term exercise in sharing what you think and feel about your loved one. But, I think this temporary expression of love pales in comparison to a long-lasting, sacrificial love.

In the Song of Solomon (aka Song of Songs), 8:6-7, Naamah gives men the secret to being the ultimate Valentine in her note to Solomon. Here it is:

Here’s how I break down her note. “Place me like a seal over your heart…” tells me a few things.

Notice what Naamah doesn’t want. “If one were to give all the wealth of one’s house for love, it would be utterly scorned.” In other words, her love can’t be bought. You can’t overwhelm her with wealth, because money is not meaningful.

To win her heart, you have to hear your heart. If you’re really listening to her, you won’t have to ask what she wants for Valentine’s Day. Take a tip from Naamah this year and give:

This pledge requires a sacrificial love, and will be better than chocolate shaped hearts…. although, those never hurt.

Kenny Luck is an ECPA Platinum Award Winning and Best Selling Author of twenty three books for men. His latest book, “Dangerous Good: The Coming Revolution of Men Who Care” (NavPress) will be released in August 2018. As a thought leader and expert on men and culture, Kenny is called by God to revolutionize men’s ministry, free men spiritually, and empower men’s movement worldwide.  God is using Kenny to reach over a hundred thousand men each week through the Every Man radio show in Los Angeles and the worldwide LIVESTREAM of his weekly men’s meeting via Every Man Ministries on Facebook.  Kenny and his wife Chrissy have been married 29 years, are parents to three awesome millenials.

Follow or join Kenny after the conference on the following platforms: