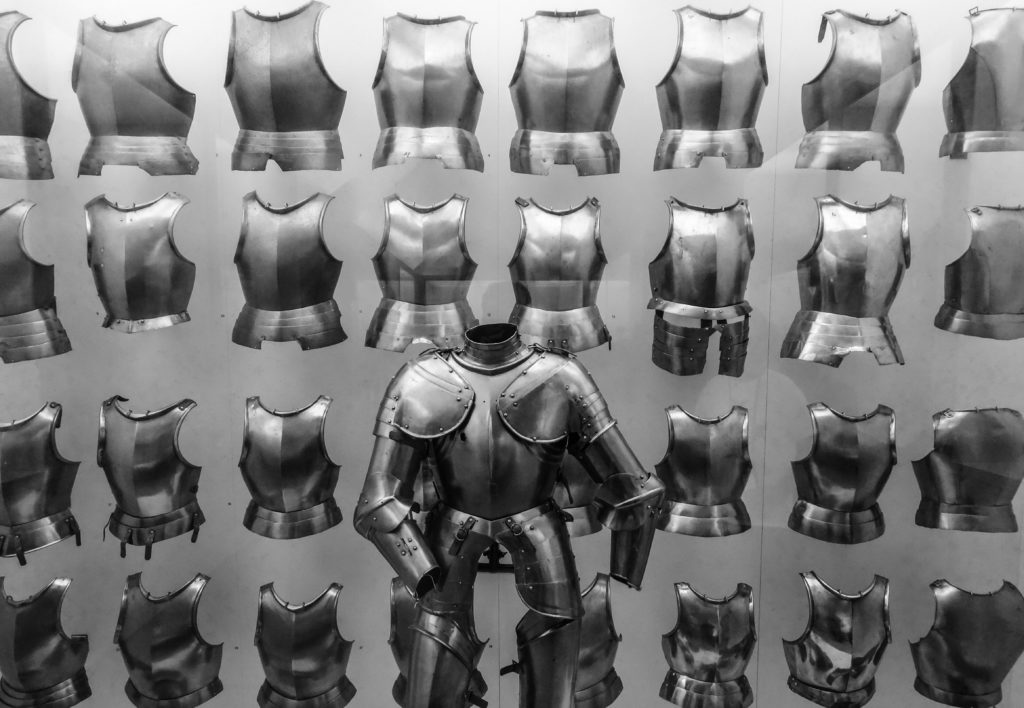 Therefore take up the whole armor of God that you may be able to withstand in the evil day, and having done all, to stand firm.
Ephesians 6:13

My friend Paul is an airline pilot with a major carrier.  Paul tells me that every time he puts on his uniform he is challenged as a Christian. You wouldn’t believe what goes on during two and three-day trips away from home.

The pilots and flight attendants stay in the same hotel and it’s like all their inhibitions were left back in the base city.  For many crew members, these trips offer boundless opportunities to explore behaviors and relationships that might be otherwise restrained.

While many in the crew are married and others are single, that apparently hasn’t put a damper on sexual misconduct during layovers. On one trip, Paul was at the controls on a transcontinental flight from LAX to JFK.  Somewhere over Iowa there was a knock on the cockpit door. And a female crew member came in to chat.  The conversation quickly turned explicit when the attendant began joking about certain sexual practices she liked.  Then she rubbed her chest and smirked, “If you want some of this…”

As Paul looked over at his copilot with a look of, did you see what I just saw, then the attendant grabbed Paul’s tie in a sedative manner. “You’re going to be mine,” she said.

These things happen regularly Paul tells me, so what he has done is look for ways to put himself out there as a follower of Christ.  When an opportunity presents itself, he talks about his faith with other pilots when a flight attendant comes on too friendly, he looks for a way to talk about his family.  (Hang on a minute. Let me give my wife a call to see if it would be okay to spend the night with you.)

Father, by your power within me, he will not steal from me.

Know your Position in Christ The Bible teaches that God’s weapons were created to be used. If we were to be graded on our familiarity with our weapon, like they do in any good standing army, I shudder to think what our spiritual instructors would say. “How long have you…