Despite an expensive and highly publicized divorce due to cheating on his wife, this week Nike re-signed golfer Tiger Woods to another lucrative contract. I wonder if this is a sign that Nike doesn’t care about character and will capitalize on Tiger’s resurgence to the game? Or if it’s a matter of forgiveness, a more powerful attribute. Or both?

Either way, here’s what we can learn from Nike’s move.

First, Tiger is not a role model. Regardless of Tiger regaining his golfing acumen, Nike is thrusting Tiger back into a position of being a role model for men. But God’s man must remember that just because Tiger can win on the course, doesn’t mean Tiger is a winner.

God draws a hard line in the sand regarding Tiger’s behavior and divorce. In Malachi 2:13-16, nails God’s man between the eyes with a warning and exhortation. “…So be on our guard, and do not be unfaithful to the wife of our youth. The man who hates and divorces his wife,” says the Lord, the God of Israel, “does violence to the one he should protect, says the Lord Almighty.” 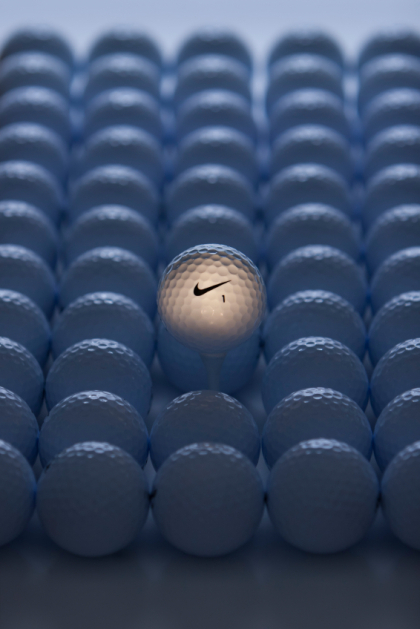 In 1 Peter 3:7, God tells God’s man to “…treat them (your wives) with respect as the weaker partner and as heirs with you of the gracious gift of life, so that nothing will hinder your prayers.”

Hmmmm. Don’t think Tiger had this in perspective when he reportedly had numerous affairs, then divorced his wife. Then again, Tiger is not a God’s man.

Now Nike is betting that most of us will have either forgotten Tiger’s past or even support Tiger’s return to golfing prominence, and pay him millions to endorse their products and endorse the brand. Nike doesn’t care about his cold-hearted character as much as they care about making cold-hearted cash.

Second, God’s grace is sufficient for God’s man. Chances are you know someone going through divorce right now, perhaps due to infidelity. How should God’s man treat another man going through this character trial? With gracious love, while knowing God’s position on this subject.

All God’s men will face temptations and trials. But when God’s man messes up, our role is to guide them to God’s truth, not judge them. For example, in 1 John 1:9, it says, “If we confess our sins, he is faithful and just and will forgive us our sins and purify us from all unrighteousness.”

However, without that confession and ensuing forgiveness, God shuts his ears to any man who strays outside the marriage covenant. Remember, God is our father. All fathers with daughters get this. Any man who treats a father’s daughter poorly will lose support from the dad at EVERY level and EVERY time. Why would God, our father, feel any different about his girls?

Additionally, God does not require women to stay in abusive situations, swallow violence, or “live with” infidelity of mind or body for any reason. Remember God is the DAD.  In the famous “Sermon on the Mount” from the book of Matthew, Jesus hits the guys of his time in the mouth with a straight right hand when he called them on carpet for “wife dumping” and having mental “happy meals” if they cheated with their minds on their wives. And he called them to commitment on marriage saying “what God has joined together let no man separate.” Separating selfishly from women at the time was art and Jesus stopped the music.

If you, or a friend, are going through divorce or struggling with infidelity, find Godly men to hang out with, and don’t let Nike’s move to re-sign Tiger serve as justification for your actions. There is a better way. God’s way.

Additional resources for men regarding divorce and infidelity are available HERE