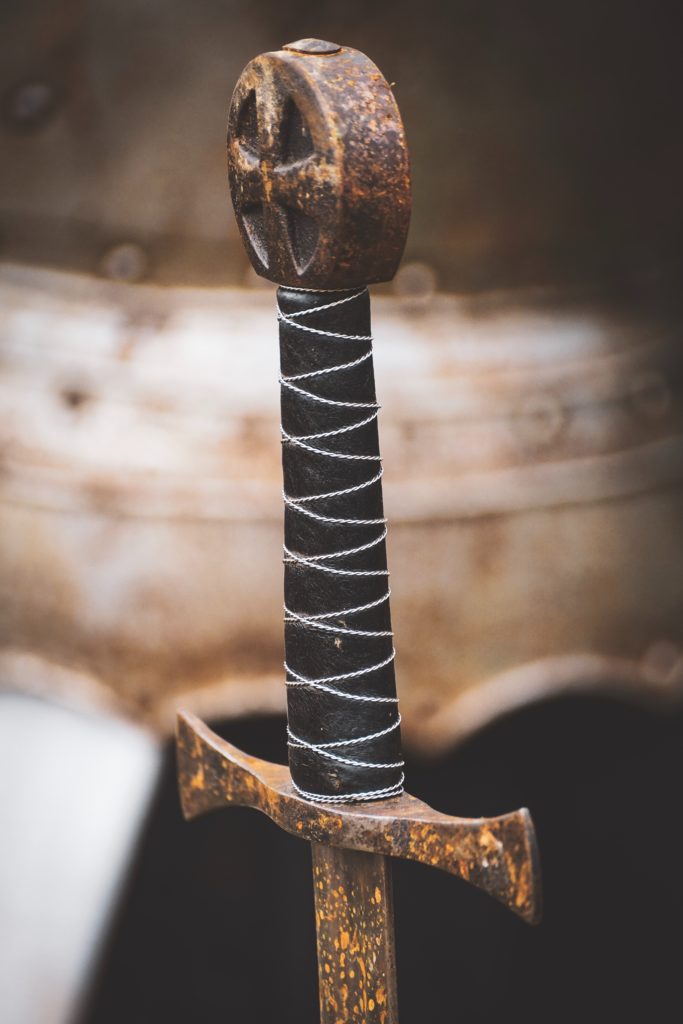 “The word of God is living and active.  Sharper than any double-edged sword, it penetrates even to dividing soul and spirit, joints and marrow; it judges the thoughts and attitudes of the heart.”
(Hebrew 4:12)

Roman soldiers exercised and trained heavily with the sword. More specifically, they were trained to thrust the sword versus cut with it.  In fact, they made fun of those who preferred the cut to the thrust, and they relished a battle of styles.

The sword was the Roman soldier’s primary offensive weapon.  He trained with it more than any other and learned how to wield it lethally.  A thrust accomplished the job, where cutting gave the enemy a second chance.  The author of Hebrews shows that he also was intimate with a sword and how the sword of God’s man is best welded in battle.

There’s a compare and contrast going on here between only grazing evil and killing it with a deep penetration of the Word into the heart.  More profoundly, the end result of a strong thrust of God’s Word is a judgment. That is what God’s man is after in his fights with deception, temptation, and accusation on a personal level.  And that is what he’s after in a direct confrontation with evil.

A Roman soldier would move to parry a blow with his shield, create space and then step and thrust his sword strategically into the flesh of his enemy. Similarly, God’s man defends himself by moving into a blow with the shield of his faith, positioning the sword of God’s Word, and thrusting it into the heart of evil.
Father, thank you for giving me your word, and showing me how to use it.