When Natalie Grant, an acclaimed Christian recording artist, walked out during the 2014 Grammy Award’s night last month, she was making a loud statement without saying a word. Rather than revel in the moment of her two nominations, she stood up and left the ceremony, which featured a soft core porn performance by a very married, young mother named Beyonce Knowles.  It was so sexually aggressive that Jamie Foxx (the presenter who followed her performance) felt compelled to apologize to her husband who was sitting in the front row.  He confessed to Jay-Z and the world-wide audience of those watching that he was taken mentally and sexually to places he knew he ought not to have gone as a result of the visual display put forward by the man’s wife. A mass same sex wedding followed officiated by Queen Latifah, Madonna, and Macklemore which functionally erased 5,000 years of how marriage has been defined and cast aside the red letters (Jesus’ own words) of the New Testament on the subject. 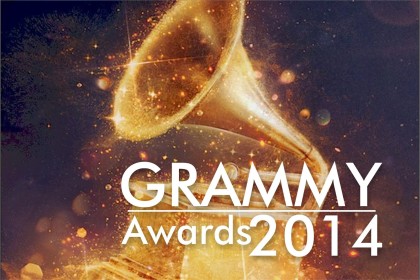 It’s America.  It was also the Grammy’s not a Bible study.  But this was also the immediate context of Natalie’s departure.  With every step away from this environment she took, the blogosphere and Twitter-universe speculated on her departure. Later, Natalie answered with honor and grace — an excellent example of courageous convictions on display.

“We left the Grammy’s early. I’ve had many thoughts most of which are probably better left inside my head,” Natalie tweeted showing wisdom for withholding her tongue, then gave glory and honor where it is truly deserved. “I’ve never been more honored to sing about Jesus and for Jesus. And I’ve never been more sure of the path I’ve chosen.”

She later posted a statement on Facebook, saying that she never judged one performance or the other, she just left early.  While Natalie demonstrated her convictions in the spotlight, fact is, we all have opportunities, daily, to put our faith on display with or without an audience.

Being a Christian is counter-cultural. Blending into culture is not the mark of a follower of Christ. Unfortunately, too many of God’s men want acceptance, will tolerate everything in the name of grace, and stand for nothing. But this makes our faith irrelevant to society.

The root question this raises is this: Are you swayed by men or by God? Do you seek people’s favor or God’s? Do you blend in or battle?

When you’re not secure in yourself, it’s easy to blend in, and be swayed by popular opinion. However, when you fully realize your identity in God’s eyes, you can find security to be yourself. The Bible says He calls you His son, an heir to the throne. He calls you a friend. With that family heritage and friend on your side, you can be free to be aggressively different without shaming others.

It’s a good thing Jesus didn’t blend in. Even His critics acknowledged his integrity. In Mark 12:14 when the Pharisees tried to trap Jesus with his own words, they began by saying “Teacher, we know you are a man of integrity. You aren’t swayed by others, because you pay no attention to who they are; but you teach the way of God in accordance with the truth.”

What would happen if every Christian man (and woman), took one day to courageously demonstrate their convictions based on a secure identity with Christ in every situation? I believe people around the world would stop and think introspectively and wonder why. This one-day challenge may become the topic of conversation at your home, office, at play or on the road. It may become the topic of conversation, or it could go unnoticed by everyone but God – who is watching.

Here are a few examples:

Hopefully, you will get asked, “Why?” And this is your opportunity to say something like Natalie Grant did.

I tip my hat to Natalie for protecting her mind and spirit, deciding not to observe the performances celebrating the Grammy Gospel. She didn’t know what was going to be on stage that evening. But at some point, she recognized her faith was more important than her fame.

Why did Natalie walk out? Was it a clever publicity stunt? No. She lives for an audience of one. Do you?

Take the One-Day Challenge, and let us know what happened!