The guy sitting across from me is a professing and practicing Christian. He drops by my office unannounced today to talk to me about his new online dating life. Specifically, he wants to talk about the over-willingness of Christian women he has encountered on several of his dates who want to jump right from a very public conversation and vanilla latte at Starbucks to very private whispers and physical exchanges between the sheets back at his place.

Usually this gender scenario is reversed, but the sex, love and dating landscape continues to move in a progressively liberal direction among Christians without any solid indicators that it will change anytime soon. Both sexes today, across all ages and Christian demographics, are prone to compartmentalize their faith away from their sexual life. 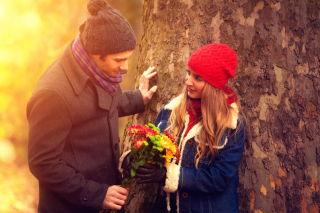 While Christian singles report praying and church attendance are highly desirable qualities in the dating matrix, a troubling and confusing dichotomy arises when the issue of sex before marriage presents itself. Specifically, single Christians enter a sexual fog. That fog clouds and hides the reality that an identity rooted in Christ should manifest itself in intelligent and hope-filled sexual restraint based on God’s promises and instead replaces it with fear and pride-filled choices based on some other promise they believe more.

In a recent study conducted by ChristianMingle.com, Christian singles between the ages of 18 to 59 were asked, “Would you have sex before marriage?” The response? Sixty-three percent of the single Christian respondents indicated yes. In my 30 years of youth and adult ministry experience, this is as unfiltered, direct and honest as a question and answer can be.

It is equally honest to say that nearly nine out of 10 self-proclaimed single Christians are, in practice, sexual atheists. In other words, God has nothing to say to them on that subject of any consequence or, at least, anything meaningful enough to dissuade them from following their own course of conduct. It is the ultimate oxymoron. A person who at once believes in a wise, sovereign and loving God who created them and all things, can also believe simultaneously He should not, cannot or will not inform their thinking or living sexually. It reminds me of those famous red letters in Luke’s Gospel where Jesus says, “Why do you call me ‘Lord, Lord’ and do not do what I say?” (Luke 6:46, NIV). There is disconnect between identity and activity.

If you let the paint mentally dry on the statistic above and the perception about God it reflects for a moment, perhaps my contention of sexual atheism won’t seem so far-fetched. No amount of hand-wringing at the many-headed hydra of the entertainment world or raucous deploring of immoral political philosophies invading our nation can explain this one.

No, our life in God and for our God reflects our real view of God. These are our adultswho populate our weekend services, attend our Bible studies, download our podcast messages, pray often and who have Jesus Culture, TobyMac and Maroon 5 in their playlists. Having tracked this trend among youth for decades, it is no surprise to me that the broad spectrum of single adults—yesterday’s youth—both feel and act this way. We should really make an effort to not be too shocked or surprised.

Jesus Himself said it would trend this way. The apostle Paul forewarned the very single, very godly Timothy that there would be times in his ministry when clear and sound doctrine in Scripture would be defeated by broken culture teaming up with the ever-present and self-serving nature within every Christian. He accurately forecasted a self-styled Christianity that reflected culture over the character of Christ in personalmoral spaces and practice.

And nothing, from any frame of reference, is more personal and more moral than our choices regarding sexual expression. It’s where the spiritual rubber really hits the road. But interestingly, Paul’s counsel to Timothy for that time when he saw these trends manifesting on a grand scale was this: “Be serious about everything, endure hardship, do the work of an evangelist, fulfill your ministry” (2 Tim. 4:5, HCSB). Solid, timely and reliable advice like this was needed then and is really needed now.

As God’s men and women, as fathers and mothers, as pastors and lay ministers and as loving brothers and sisters, we too must keep our heads clear. We must do our work in the midst of this attack on the body of Christ and fulfill our ministries in the midst of this spiritual battle. We must faithfully and directly speak into the relevant spiritual and practical themes that are at the root of the issue instead of wasting our time bemoaning the symptoms these statistics represent. We must graciously but prophetically call out the shortsightedness of Christians who are borrowing trouble sexually and sinning against God and others in the process through our messaging and ministries. We must confront ourselves and our brothers and sisters with the veracity, authority and loving transparency of Scripture, which reflects God’s love and wisdom in life-saving and marriage-saving ways. That is, we must point out the truth that if I am undisciplined sexually before marriage and willing to compromise myconvictions before marriage, a wedding ring will not make me disciplined aftermarriage. But most importantly and practically, we must avail ourselves of the ministries, tools and resources that are speaking into this clearly massive hole of spiritual life and practice among our single brothers and sisters.

The love, sex and dating forecast among adult single believers for the foreseeable future is this: cloudy with a chance of fear and pride. Instead of believing that God knows better, Christian adults will believe they know how to meet their needs better or, on the more arrogant end, that they know better when it comes to sex and dating, period.

To say that professing or self-described Christians are becoming more liberal means that their reference point for assessing and practicing sexuality is more cultural and personal rather than biblical or spiritual. It means that they possess a low view of God and Scripture and a high view of self and culture as the key drivers of their moral andsexual behavior.

Practical sexual atheism among Christians says God can speak into some things but not sex. This ultimate expression of self-deception and loss of mind goes all the way back to the garden, when a certain character asked Adam and Eve: “Did God really say that?” They took the bait and, apparently, so are the majority of single Christians in the garden of love, sex and dating. They are listening to the voice that says, “Eat and have your eyes opened.” Like the first couple, God’s single men and women are letting fear win over faith and curiosity win over Christ with inevitable and untold prices to pay.

But it is not a time to act high and mighty. It is time to act graciously but truthfully with our single brothers and sisters. For they, along with us, will have that moment in front of the living Christ, and we want that moment to be the best it can possibly be. To realize such an epic and eternal moment, we not only have to pray for them, but we also have to equip them practically with the best possible teachings and tools that serve to restore a vision of God that transforms them in their context.

We have to engage the culture, not run.

To further explore this topic, click here to check out additional resources on Every Man Ministries.