“Listen, Kenny. Do you have a minute? I need to ask you a question about something.”

That was a lie. A truthful response would have been: “No, I don’t have a minute or another second. I just finished a board meeting. I am under titanic pressure at the moment to finish this project, and I am getting frustrated over all the interruption!” That was my reality but I wasn’t going to make Bill suffer for what he didn’t know. I love the guy. So I let on about my reality for Bill’s sake and just swallowed my angst. After mentally placing my precious schedule on the altar, Bill shared with me what’s giving him a spiritual fever. 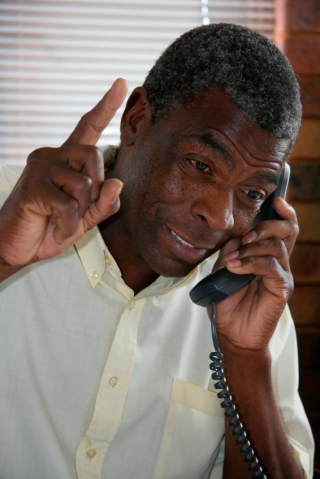 “I led a group of junior high boys last year for church,” he continues. “All five are signed up again for this year’s group and they want me to be their leader again. The church promised I would have a co-leader to help out but I just found out it’s going to be just me. Should I say ‘yes’ anyways? Brian (Bill’s eighth grade son) told me he really wants me to lead it but I want to make sure I am doing it with the right motives and not out of obligation. I have so much going on with work right now.”

While Bill is telling me what’s troubling his soul, I am reflecting on a conversation I just finished – with God. Sixty seconds earlier I had just finished praying about a little kafuffle of my own saying: “Lord, would you help me to find a good story about what it means to sacrifice that will related to men? I want your story.” I had just written down the work “SACRIFICE” on a piece of paper. Next to it I wrote:  “to suffer loss; to give up; or to renounce for an ideal, a belief, or an end.” God has a sense of humor. Bill can’t see me but I am shaking my head with a big smile on my face as he presents his dilemma.

My interpretation of Bill’s issue: “I am maxed out as it is and I need some margin in my life.” I can relate to Bill but I am also thinking of the bigger picture, of his duty, and how all men must, in the words of Andrew Jackson, “pay the price to secure the blessing.” It’s the blessing piece that I didn’t want Bill to miss which meant somehow I had to give him the news his feelings didn’t want to hear but that his faith needed to hear. It was clear he was looking for some affirmation to do what he knew he needed to do – to sacrifice his own comfort for the sake of his son and those boys. I was truly impressed with Bill and his relationship with his son. When I was in eighth grade, letting my dad leak all over my friends on a weekly basis would have been second choice only to being caught in a public place with only my underwear on. I thought to myself what a gift this was and how rare an opportunity this could be. I didn’t hold back.

“First of all, that’s amazing that eighth grade boys want to charge the hill with you – again! That says a lot about you. More importantly, think about five years from now when Brian is graduating from high school and leaving to go start life as an adult. Picture yourself sitting in the stands with Carol, who will be bawling, and you are looking down at Brian and his buddies walking into the stadium in their cap and gowns listening to the back play processional. Standing there, look back at this moment and ask yourself: was it worth what you gave up in personal time and effort to lead your son and a group of boys spiritually for that year back in eighth grade?”

Bill was quiet for a few seconds and then I hear him inhale. The exhale sounded like this: “I never regret it you know. In fact, afterwards, I feel great. I needed to hear those words.”

He made some extra comments about how he thinks through what’s going to happen each week, how he plans fun, studies the Bible, and thoughtfully prepares his discussion time with the boys that it is meaningful. He was talking himself into it. For practical purposes, I just disappeared and began to observe how Bill’s thirst for real significance was overtaking his fear of the cost. He had to determine for himself what is worthwhile before committing himself to sacrifice for it. And as he did, he didn’t need me. It seems duty as God’s man deconstructed the “dilemma” into no dilemma at all. The negatives were gone. Sacrifice had now morphed into a positive duty creating a more positive perspective. He had worked it through in his mind, considered his feelings, but now the reluctance was gone. His reasoning: a decision for himself would have died with him. Instead, the sacrifice he made for God and his son will remain and be immortal.

The Holy Spirit’s Perspective   Consider it pure joy, my brothers, whenever you face trials of many kinds because you know that the testing of your faith develops perseverance. Perseverance must finish its work so that you can be mature and complete. James 1:2-4   The Holy Spirit changes the…