Bored, unsupervised, fatherless boys are to policemen what “unaccounted for” uranium represents to counter-terrorism worldwide—a threat to peace, to innocent people, and a major problem that demands attention.   Among boys all it takes to “weaponize” the plentiful supply of youthranium in our country today is a really bad idea offered in vacuum of moral convictions.  Deep within the brain of one our nation’s fatherless at the center of the latest “boys gone evil” news story, a spark was felt, a neuron fired, and words were expressed.  “I got it!” he says. “Wouldn’t it be cool if… we killed someone?”    The idea is welcomed and executed without filters or objection.  This is gonna be fun.

They have been on their own since they were little and have remained on their own as boys hoping to become men.  Raised by single mothers, they have been unsupervised and un-mentored by any male figure as long they can remember.  The macabre and toxic excitement rising from this deadly brainstorm is not just about a lazy summer, it’s about becoming men in a cesspool of broken male culture, character, and conduct that becomes the norm for lost boys.  This broken culture produces beliefs (about self and others) and behaviors 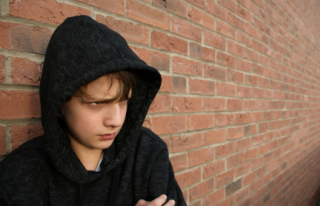 shaped by peer angst and self loathing instead of fatherly concern and modeling.   The result:  broken male culture that trains young men to act selfishly and separate their hearts from their heads when a decision they make impacts others negatively.  It’s called alexithymia.  Look it up.  The root words that form the word mean to “repel” (alexo) and “the soul” (thumos).  It is a picture of being emotionally dead.

Fatherlessness is creating these types of boys by the millions with multiplied billions of their social interactions creating a titanic wave of injustice for innocent people.     Emotionally unaware and socially detached, these boys cannot connect their actions with the feelings of others. This emotional compartmentalization provides the inner freedom and sanction necessary to kill, make others suffer, and then talk about it objectively like the young men in this case.  The police interviews with these boys are surreal.   They talk about killing a man the way a person would describe building a roast beef sandwich.  It’s on the level of “We were hungry so we ate.”

Totally removed from all this and living with plenty of purpose was another young man who was unaware that his time on planet earth was drawing to a tragic and senseless close. Christopher Lane’s life was anything but boring.  He was a college athlete and leader who met a wonderful girl living in Duncan Oklahoma.  Visiting his girlfriend and deciding to go for a jog in this small town of 24,000 was a sign of who he was and where he was going in life—forward.   Running forward by a home filled with the lost boys was his only mistake on the day which he could not have possibly envisioned.  One saw Christopher jog by and said the others, “There’s our target.”  They proceeded to follow Lane in a car and shot him in the back before driving off.   He staggered for a few feet and collapsed.

The same boy told police, “We were bored and didn’t have anything to do so we decided to kill somebody.”  The motive? For the fun of it.  Young boys can only think like this in a vacuum of moral beliefs that is not being supplied by the one person in society responsible for the shaping of boys—a father.  Boys who experience healthy doses of acceptance, affirmation, authority, and accountability from a father are less likely to develop in such a compartmentalized way emotionally.  Good old time, talk, and healthy touch from dads goes a long way to form souls of young boys who grow into emotionally healthy men—ones able to consider others first.

On the local level, the guys who really get it are law enforcement officers.  If you don’t believe me, talk to them. They see broken families, no fathers, lost boys, no models, no mentors, and the detached pain-makers making news and being arrested daily.  They see boys being weaponized into heartless destroyers at multiple levels in the home and community.  If they had one wish it would be for leadership development among dads (young and old) raising the next generation.  These men and this movement are waiting out there to be awakened.  It’s the Sleeping Giant and it must rise or else promising young men like Christopher Lane and countless others will fall victim to the Lost Boys looking to have some fun.

Every Man Ministries, founded by president Kenny Luck, gives men the tools they need to walk with God and navigate the difficulties of life. As the men’s pastor at Saddleback Church, Kenny Luck created a program for men to start and lead their own men’s ministries, the Sleeping Giant program. Watch Kenny’s teachings at EveryManMinistries.com.