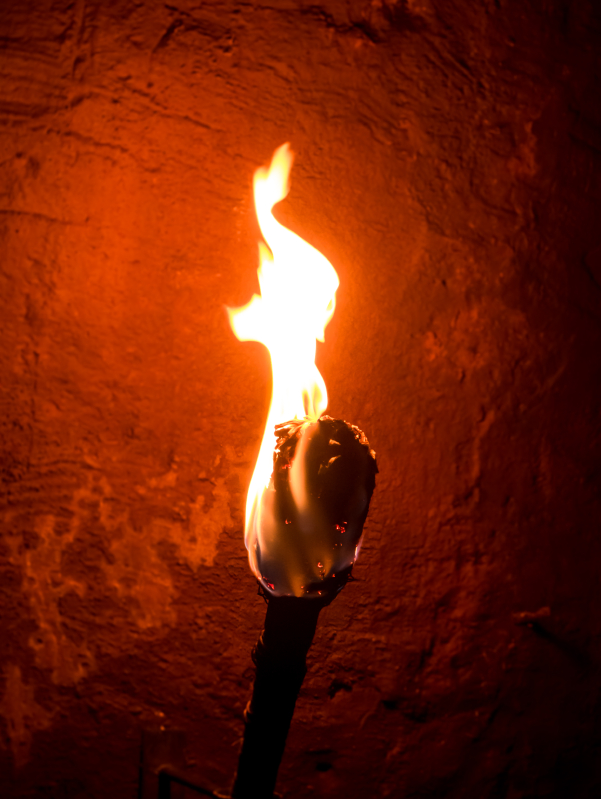 How will we secure the next generation of young men?

We have all heard it.

One man passing the “baton” to another. A father passes a baton to a son, an outgoing CEO passes one to the incoming one, or a retiring athlete passes the baton to his younger successor. Nice idea but wrong metaphor when it comes to faith, mentoring, leading, and discipleship.  Why wrong?  Because from the first relays in ancient Greece to the world track and field championships of today runners who pass a baton stop running after handing it off.  One runner completely powers off and shuts down while the new baton carrier turns the afterburners on and powers up.

That’s why I prefer torches to batons when I talk about generational impact. Torches transfer the flame while continuing to stay lit themselves to shine light and ignite fires elsewhere.  If I were your pastor I would, without apology and as a man of God, want to “light up” your commitment to Jesus like a roman candle, throw serious passion on it, and then turn you loose to light others up. More specifically, I would commission all dads, mentors, and leaders in my church to take the torch of their commitment, ignite the flame of faith in another generation, and then, together, create unstoppable wildfires of revival, righteousness, salvation, transformation, and justice. Like Peter, I want to see the crazy, volcanic eruption of souls, young and old, lighting our world on fire with the Gospel.

“In the last days,” God says, “I will pour out my Spirit on all people. Your sons and daughters will prophesy, your young men will see visions, your old men will dream dreams. Even on my servants, both men and women, I will pour out my Spirit in those days, and they will prophesy. I will show wonders in the heavens above and signs on the earth below, blood and fire and billows of smoke.” (Acts 2:17-19 NIV)

The spectacle Peter was both experiencing and foretelling of here in the Book of Acts was a theophany of God’s Spirit in history.  He saw a massive spiritual blaze full of people who were consumed and empowered by the Holy Spirit.  More importantly, it was intergenerational!  Did you catch that?

Young and old on fire for God – a hot, holy chaos.

GOOD, GODLY MEN ARE MADE NOT BORN

Before that hot, holy chaos of Pentecost came about Jesus modeled for us his process with the next generation of followers. His end game?  Three years. Twelve men. Twenty centuries of wildfires.  But how? When we watch the film of Jesus in the Gospels we see that movements always start with a personal invitation and an equally personal vision of significance for first followers.

“Come, follow me,” Jesus said, “and I will make you fishers of men,”

More specifically, an invitation to imitation combined with a process of impartation (I will make you) was the secret sauce of successfully transferring the flame to the next generation of leaders.  Re-read that – it’s big.  Jesus knew this process would get him the product: men creating movements.  If you are a dad, an uncle, a grandpa, a coach, a mentor, or a high school group leader – don’t miss these words from the master mentor from Nazareth: “I will make you.”

Those four words communicate a powerful commitment to an intentional process.   The question all dads, pastors, and mentors of men (young and old) must ask themselves is this:  what’s my commitment to lighting up the next generation of those God has called me to ignite?  Second, ask yourself: what’s my personal process or pathway?  Then lastly, ask: is my process getting me the product?

Don’t rebuild the wheel dude. Just lose the baton and commit to the torch approach like Jesus.

“Thus you will walk in the ways of good men and keep to the paths of the righteous.”  (Proverbs 2:20 NIV)

Every ethnic culture has its own unique flavor and expression of masculinity.  There are pecking orders, priorities set by peers, and pathways to success depending on the cultural norms.  As for me, I had no control over the male culture I was raised in (Pacific Islander and American) but I quickly learned on the playground what the priorities were for men if you wanted to climb the latter of success.   As I grew older, many of these priorities involved self-preservation, self-importance, and self-gratification at the expense of others.  Every male culture worldwide has a similar pattern married to its ethnic context and expression.  To this end, Jesus told his guys they were being called by him to pursue a different pattern.

Adult Jewish men were raised to think like this:  Thank God I am not a woman.  Thank God I am not a child.  Thank God I am not a gentile.  It was a toxic and broken male mentality that ended up creating a lot of suffering for others – especially women and children.  It was into this broken male culture of ethnocentrism, chauvinism, and religion that Jesus appears and starts defining a different pattern of masculinity.  He starts telling positive stories about a “Good” Samaritan.  He breaks man-code and says, “Let the children come” while he touches and blesses them joyfully.  He defends and protects women kicked to the curb by “the rules” of the day that favored men and forced many of them into prostitution to survive.

“Do not conform to the pattern of this world, but be transformed by the renewing of your mind. Then you will be able to test and approve what God’s will is — his good, pleasing and perfect will.” (Romans 12:2 NIV)

I know all about creating new patterns as the son of a third generation alcoholic.  Jesus thankfully interrupted my own personal train wreck in that direction at the ripe old age of seventeen.  Six years later I was formally given the opportunity to change the pattern in my own family when I married my wife.  Twenty-seven years and three grown children later, my family will tell you that the pattern is broken in the Luck family.  My son Ryan saw and adopted a new pattern of masculinity – a Spirit-filled one.  He is no longer a slave to a generational bondage but has been securely loved out of it by his earthly and Heavenly Father. His sisters are not the innocent victims of a broken, unpredictable, and self-destructive father.   Instead, they are protected and provided for by a dad who tries every day to simply give to them the same grace and truth given generously to him by Jesus.

Similarly, the next generation of men Jesus called would break the existing cultural pattern referred to by him as the “world” (cosmos or “culture” in Greek).  Like Jesus, their new perception of God, of things masculine, and their new pattern of living (modeled by him) would be adversarial and unpopular to the majority of their male counter-parts. He didn’t sugar coat it.

It was going to be culture versus Christ. Playing the middle just vaporized.

Turn on cable news and you see exactly what I am talking about.  It’s broken male expression on crack.  You gasp at the behaviors of the next generation of men (young and old) who are actively conforming to the broken and Christ-less male culture they see as the strongest way to be, believe and behave.  Unlike so many of my pastor friends I don’t despair.  I have a front row seat and great view of the emerging movement of young men in Every Man partner churches keeping me encouraged that all is not lost.  These churches are intentionally and aggressively producing courageous dads, older brothers, mentors, coaches, educators, and youth workers who are modeling and messaging for the next generation a Spirit-filled and Christ-centered way to believe and behave as men.  They are creating contexts for fishing for men and have a plan to feed them.  They are getting fathers IN, HEALTHY, STRONG, and GOING into leadership in the family and in the community.  To the delight of the women and children connected to these churches, young men are being integrated into healthy men’s communities that are producing next generation husbands and dads. At a time when healthy men are in high demand but low supply I see why they are ecstatic.

These caring dads, individuals, mentors and pastors are extending a burning torch of Christ-filled commitment into the chests of the next generation.  Like Jesus, they are saying with their actions and investment of time in young men “Follow me as I follow Christ!”  These torch-bearers and fire-starters are waking The Sleeping Giant.

There is a rise of guys.

“For this reason I remind you to fan into flame the gift of God, which is in you through the laying on of my hands.” (2 Timothy 1:6)

Leaders engaging the process of helping the next generation with intentionality and quality are gathering eager young men.  Together, fathers and sons, coaches and players, mentors and mentees are blazing their way toward a destiny that Jesus not only modeled but promised would eventually bring him back.

Whose flame are you igniting or fanning?  Do you need help?  Does your church need help reaching men in the congregation and community?