I felt like an arsonist at a firefighters convention.

Two hundred women were seated in front of me.  I did not know any of their stories.  I did not know one of their names.  I did not have any insight into their relationships with men.  I could only assume that there was plenty of painful chapters connected to a man, some man, or multiples of men whose character or conduct has impacted them negatively.     When you are a “men’s expert” and you are talking to women knowing this makes every discussion an uphill battle from the start.  The topic?  Gender wars, the failure of “traditional” masculinity, the lies of “reactive” femininity, and the emerging “Third Wave” of men and women blazing a new trail of respect, honor, partnership, family, and impact that will be changing the world.  I am shaking inside.  Never fails.   But I know what’s coming and they don’t.

Fast forward two hours.  It’s over.   We (my audience and me) are victorious. 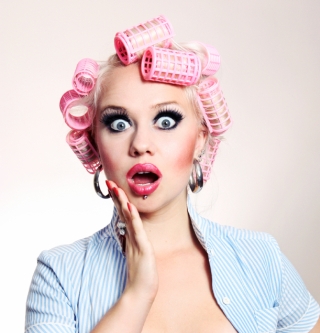 I was right.  There was a lot of hurt in the room connected to broken male character and conduct beginning with myself.  I told them my story of an alcoholic father whose absence made me feel like one big accident as young boy.  I invited them into my own journey, my own broken quest for sonship, and all the unhealthy but culturally endorsed ways I was trained to “be a man,” (i.e, ways I was trained by broken male culture to separate my heart from head in order to achieve validation).  Sexual conquest, physical toughness, and net worth as the observable “end zones” of masculine glory do that to young men by the millions.  Missing models and mentors in their first community of acceptance (the family) forced us to look outside our family systems for a way to be, believe, and behave that would secure worth and belonging.    Unfortunately, the “ways” of masculinity that were culturally approved doomed us to creating a lot of suffering for the women and children who would eventually connect with us.  Self gratifiers, self servers, and self preservers make horrible husbands, dads, and partners for women of all ages.  Pretty dark and gloomy right?  What to do.  What to do.

Reactive femininity was to be expected and welcomed.  The voice, vision, and value of women as more than pawns and trophies of the broken male vision was absolutely needed and necessary.  Dignity in and discrimination out were both solid results.  The problem with reactions to suffering and injustice is that they are never solutions.  In fact, riding a wave of both real and imagined injustices, the message to women became “be the man and be a better man than men themselves can be.”  For the 90 percent of women who will marry a man and have children with a man this message stops being helpful and starts being hurtful the second the wedding ring goes on and babies start arriving.  A cluster of younger women approached me after my presentation to tell this exact story.  Reactive femininity and the quest for independence from men ended up creating massive conflicts emotionally and relationally in the marriage and family zones of their lives.  The feminine power message of “be the man” and “be better at being a man than men” failed to help them and confusion set in while, in their hearts, they knew this was the man they loved and wanted.  Pretty dark and gloomy right?  What to do. What to do.

Traditional masculinity is out.  Reactive femininity is out. “The Third Wave” of masculinity and femininity is here, growing, and rising above the gender war.  It’s not a reaction, it’s a solution because it is doesn’t seek to garner power and control or create distance to accomplish the important goals of life and living.  It explains things.  It is a breath of fresh air.  It eliminates competition and creates connection. It heals wounds and brings unity.  It’s a different dimension traditionalism and feminism cannot touch.  Unity and victory are coming together.