At the coffee shop the other day, I overheard a man shoveling broken science into the ear of his guest about how the academic world does not support the existence of God or religion.

I wanted to set the man straight, but figured I could write about it instead. 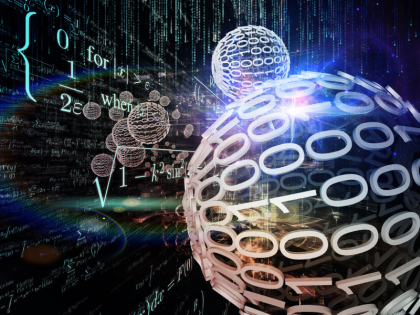 If you research creation, the Theory of Evolution, and the existence of God, you will come to a crossroads. You will either have to believe in a theory that has never been proven, and requires several physical laws to be upended, or accept the enormous amount of facts from cosmology, biology, physics, anthropology, non-Christian historians, ancient historical texts and Biblical scholars that unequivocally point to a creator, showing it actually takes much less faith to believe in God.

For most non-believers, they would rather hang onto the “weird science” of their own intellect, acting as armchair biologists defending rigorously a theory so they can justify their immoral lifestyle. Because if they acknowledge the truth, then they would have to contend with being cosmically accountable and explain their behavior.

The question that cuts to the bottom line is – what is your real motive to denying the truth, and accepting an unproven theory? And then proceeding to live without a real purpose or internal hope?

The answers are fear or pride:

Because if God is real, then you would have to change your lifestyle. And, that’s too scary for most men to deal with.

My favorite resource on the topic is “Language of God” by Francis Collins, which describes the results of the human genome project. Several studies by non-Christian geneticists concluded all of mankind can be traced back to one man within the same era as Adam.

I’ve also leaned on world-leading historians, scholars and scientists to find the fact or fiction about God and creation. Here are a couple of mind-blowing tidbits:

And he’s not alone.

The reason people don’t want to believe in God is if they do, there’s cosmic accountability for their actions, and they’d rather use the smoke of science to justify themselves. But an honest and thorough examination would show, they may be just smoking something funny.

As the Founder and President of Every Man Ministries, Kenny Luck’s experience as the Men’s Pastor at Saddleback Church helped him to create the blueprint for a men’s ministry. Tools, tips, and resources are at men’s fingertips with the Sleeping Giant program. Watch Kenny’s teachings at EveryManMinistries.com and start your men’s small group today.