Every young sports fan dreams of being a professional athlete — the physique, fame and fortune. Unfortunately, when we pick up the Sports page or log on to the net, we see on a regular basis that not all athletes are as strong at home as they are on the field. That’s because there’s one more thing that often accompanies professional athletic success: Adoring women.

Sex scandals have taken down some of the most amazing athletes and their marriages. Sitting atop of their game, many athletes don’t know how to deal with the adoration of women, and fall to a lack of self-control and/or short-term memory loss. Then POOF — their marriage is in shambles, reputation tainted, costly divorce proceedings, and the media hyenas eat up the infidelity stories until there is nothing left on the bone. 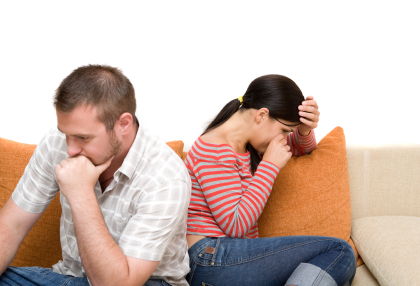 You might be surprised to know, however, I don’t think the No. 1 threat to marriage is infidelity. Of course, cheating can certainly cause divorce and make it extremely difficult to recover a healthy marriage. And, yes, I agree women can be highly tempting, but they are merely accomplices — because the hunger for power, money, fame and success can also consume a man and wreck a marriage.

I think the No. 1 threat to marriage is ourselves.

You are a target and under constant attack. Your character and integrity are vulnerable, especially if you’re not aware of the battle going on in your life — the spiritual battle to destroy you or deliver you.

In Ephesians 6:10, the apostle Paul writes that God’s man needs to “…be strong in the Lord and in his mighty power. Put on the full armor of God, so that you can take your stand against the devil’s schemes. For our struggle is not against flesh and blood, but against the rulers, against authorities, against the powers of this dark world and the spiritual forces of evil in the heavenly realms.”  If you don’t suit up for the real battle being waged for control of your energy and expression don’t expect to win it.

So how does a God’s man protect against the No. 1 threat to marriage? Be a Hero at Home. Here is how:

I’m not saying marriage is easy. It takes work, communication, courageous love and perseverance. But, if we work on ourselves as much as we work on the marriage, there will be great earthly and heavenly reward.

“Blessed is the one who perseveres under trial, having stood the test, that person will receive the crown of life that the Lord has promised to those who love him,” says James 1:12.

Struggling with your marriage, or know someone who is? Click here for material by Kenny that will encourage and equip you to be her Hero at Home

Kenny Luck is an ECPA Platinum Award Winning and Best Selling Author of twenty three books for men. His latest book, “Dangerous Good: The Coming Revolution of Men Who Care” (NavPress) will be released in August 2018. As a thought leader and expert on men and culture, Kenny is called by God to revolutionize men’s ministry, free men spiritually, and empower men’s movement worldwide.  God is using Kenny to reach over a hundred thousand men each week through the Every Man radio show in Los Angeles and the worldwide LIVESTREAM of his weekly men’s meeting via Every Man Ministries on Facebook.  Kenny and his wife Chrissy have been married 29 years, are parents to three awesome millenials.

Follow or join Kenny after the conference on the following platforms: