Author Camille Paglia, a self-described “notorious Amazon feminist,” recently said about today’s gender-bending days “What you’re seeing is how a civilization commits suicide” (referring to the demonization of men by aggressive feminism).   She added that today’s generation has “no models of manhood.”  It appears that the emotional lava flowing out of the volcanic reaction to broken male culture in the 60s is turning from bright orange to a hardened and desolate landscape of ash.  The gender scenery is shifting again. 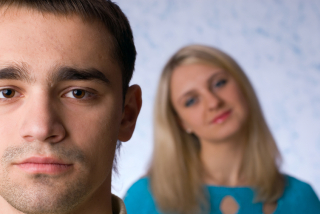 Our generation has seen monumental shifts in the roles men and women play. Television shows like “Father Know Best” exemplified a seemingly simpler era when men brought home the bacon for the women to fry it up in a pan. Along the way, a rise in feminism gave women opportunity, while seriously jeopardizing their feminine soul with illusions that they could be better men than actual men. The collateral damage of this gender-bending experiment was that the nation’s family unit has suffered, millions of children being raised without dads, men in retreat, and a titanic void of positive male role models.

We’re living in a new masculinity age, that ironically, needs the best of old-fashioned male culture while jettisoning the thinking and behaviors that caused so many women and children to suffer for centuries. Men today have both a massive opportunity and a daunting challenge of picking up the slack for decades of retreat and withdrawal at a every level of relationship.  The self-serving features of alpha male have been rejected.  The over-soft and sensitive features of omega male created by feminism is now annoying to women. The hunt is on for a new blend of tough and tender, committed but compassionate, relational and rugged.  Where’s the model for that guy?

ANOTHER “BARAK” NOT OBAMA

There’s a story in Judges Chapter 4 that gives a great example of modern masculinity, and how men and woman need each other. It’s the story of Deborah, the first female to lead the nation of Israel, serving as a prophet and Judge. At the time, the Israelites were being “cruelly oppressed” by King Jabin of Canaan, and they called on the Lord for help. The Lord answered, speaking to Deborah to send Barak to battle against the enemy warlord Sisera.

But in verse 8, Barak gives her a condition. “If you go with me, I will go; but if you don’t go with me, I won’t go.” Deborah agreed and together they executed a plan that would free the Israelites.

Barak answered Deborah’s call, obeyed God’s plan and demonstrated a version of masculinity that today’s men can learn from.

Israel was led by a woman, who needed masculine strength. Barak accepted the call, and together they won the battle. Today, we need more modern-day masculinity by learning from Barak and valuing what women can bring to the table. The next time you feel like you are facing a challenge alone, be secure enough in your own masculinity to partner creatively with strong women who, together with you, can win a bigger prize than you ever could by yourself.

God could have formed woman out of Adam’s toe so he could look down on her but instead he chose to form her out of his rib so she could be alongside him. Man was placed next to woman not below her, not above her, but alongside her to reflect the same unity God himself enjoys.