“What will they think of me?”

I must have asked myself this question subconsciously a million times—in seventh grade.  Heck, I even fretted over how to articulate saying “here” during roll call my first day of school at Miller Junior High.  Twelve and self-conscious is expected.  My daily social fears clearly indicated one thing: I wasn’t secure personally, emotionally, or morally.  I had not solved the identity and acceptance issues yet.  “Growing up” would mean landing on a way to be, believe, and behave that helped me land the Holy Grail of adolescence:  acceptance.  The hunt was afoot and the chase was on to avoid rejection and secure “popular.”  Observe the right words.  Observe the right clothes.  Observe the right social connections.  Observe the prevalent morality.  Then fit in.  Acceptance had a cost but the prize was worth the price. Innocently, I started off feeling the promise of popular but then came the pain.  Pain not just for me but, by default, for those who didn’t fit into my new worldview.  They got a label, were rejected, and sentenced to isolation.  The broken quest for approval and popularity 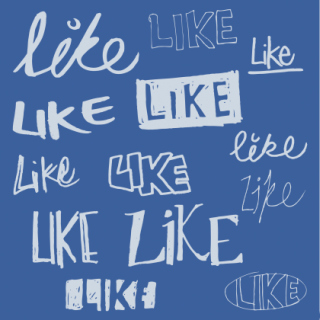 through the teen years put me in harms way more times than I want to remember, hurt others, and pressed me into moral choices I would rather forget.  “Fitting in” and trusting youth culture to “show me the way” personally or morally should have never been a goal.  I became less of a man and less mature because a life formed around pop-culture or popularity is always synonymous with a weak and destructive morality one hundred percent of the time.

The Supreme Court of the United States (SCOTUS) was officially and publicly pimped today.  The pimper?  Popular and energetically propagated moral opinion.

Pimps know acceptance and belonging are powerful drivers in human beings and they leverage this fundamental need in people to control their “girls.”  My wife and I know this from being involved in sex trafficking causes.  It’s a subtle and powerful game of emotional manipulation, promises, and pain.  Moral popularity is a historically powerful pimp over political processes, promising acceptance but, in the end, countries pay a steep price selling out their forming moral principles and traditions.   To this end, we have witnessed textbook pimping.  SCOTUS felt the need to go with the moral flow on the cultural playground. They evaluated the marriage issue using the weakest of all moral filters:  What will others think?

Their stated “opinions” mask this deeper, more human and self-protecting motivation.  The country’s “high” thinkers playing a higher stakes, country impacting game with a junior high calculus.  Observing trends they clearly see moral shifts and decide either not to think or speak up strongly for fear of rocking the boat.   They settle.  They blend in.  They soak in the political and social currents.  But, like a pimp, pop culture has called on SCOTUS’s relationship with popularity asking for a “favor” in the real realms of family, marriage, parenting, sexual expression, and morality in the form of a vote and moral stance.  The math of social manipulation comes full circle.  SCOTUS was put in a political and moral cul-de-sac.  Acquiesce or else.  Or else what?  You pay a price.  You get a label.  You get sentenced to social isolation.  You become (gasp) “unpopular.”  Amazing how the fear of rejection changes one’s thinking and behavior in the moment.  The new secular morality is here America.

The new morality is so digitally pervasive, media propagated, and powerful the assumption and perception is that everyone is already on board.  What? You’re not! Well, then, you better get with the program.  SCOTUS did. Everybody’s adjusting and adopting the new thinking. To “fit” into the culture matrix, be accepted, and be tolerated the expectation is that you too will get “on board” with :

Today we witness the official ignition and inception of reverse self-righteousness.  It’s been building up for a while now and we knew it was coming.  The champions of tolerance and moral relativism have won a major victory and now begin to become like the very people they loathed—intolerant of anyone who is “unelvolved” morally and disagrees with their view on marriage whether they deserve it or not.  In the midst of the political euphoria, a sobering and clarifying reality has descended.  Millions of backs in the United States will be placed uncomfortably against the wall morally in the coming days, weeks, and months.  Sources of moral authority will be sourced and exposed.  True identities and connected beliefs will be forced to surface or suffocated under pressure to conform.  Awkward moments are coming like a tsunami.  People will both lose themselves and find themselves.

My question is this: will you be pimped by popularity too?

How will the Supreme Court decision impact your own moral views or thinking?