When Terry Bradshaw recently released an expletive beginning with an “F” and rhyming with yuck, little did he know his microphone was on and airing LIVE on national television via a Fox Sports broadcast. 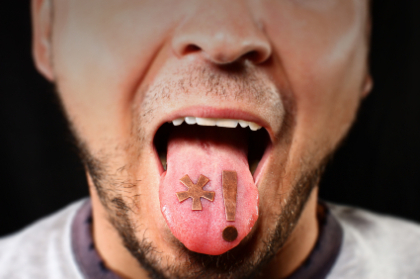 Fox Sports apologized to Terry and viewers “who unfortunately heard the comments.” Ever do that? Apologize for “your French?” Or let a swear word slip and gulp it down with red-faced humble pie?

I imagine we have all let a word fly that would embarrass our mothers. Unfortunately, foul language is common nomenclature among many men. There’s a reason it’s called foul. Because after it’s been exposed, it stinks. It spoils the air.

But you might be thinking, “What’s the big deal?” Well, a lot, actually.

They can spoil or save. They can hurt or heal.  Words are important. In fact, God says before time, He was the word. His name is a word, and He says one day “all knees shall bow at the name of Jesus” in Philippians 2:9-11.

God even warns in the Ten Commandments not use the name of God in vain, perhaps the origin of foul language, where it says in Exodus 20:7 “You shall not misuse the name of the Lord your God, for the Lord will not hold anyone guiltless who misuses his name.”

Men will posture up with profanity and a scowl on their face to appear tough, manly, intimidating and to establish their place “in the pecking order.” But often this is a facade, covering up truth on the inside — a heart that’s been hurt, a boy seeking respect, a man fearing failure.

Whenever I hear profanity, I don’t get offended or scared. I empathize for the man. The bigger the mouth, the bigger the insecurity.

Jesus was famous for hanging out with “the wrong crowd.” They felt comfortable with Jesus because he didn’t cringe at their words and behaviors. He was more interested in their hearts.

Here’s what Jesus taught me about handling F-bomb flingers:

Don’t let them bug you. Language is an instrument to create control, or perception of control. When a man turns up the volume on foul language, I realize he can’t control people in a good way, so he has to control people in a bad way. Men who swear are men seeking attention, often seeking help.

Instead of shrinking in fear, try to push the macho veil away. Ask questions to discover the “why” behind the machismo. I want to be like Jesus and try to get to the heart of the matter. There’s a story behind bad language. People don’t care how much you know until they know how much you care, right? Have compassion and recognize there’s more to the story.

So don’t fear the F-bomb. Disarm it the way Jesus did.

Looking Forward to a “Good Fight”

Beating Cheating: A Lesson from A-ROD

As the founder and president of Every Man Ministries, Kenny Luck’s experience as the men’s pastor at Saddleback Church helped him to create the blueprint for a men’s ministry. Tools, tips, and resources are at men’s fingertips with the Sleeping Giant program. Watch Kenny’s teachings at EveryManMinistries.com.