“The government did not get a ‘winner.’  On the contrary, it got a fraud and all the publicity and exposure that goes along with having sponsored a fraud. That is decidedly not what the government bargained for.”

This throat grab and assassination of character is our government’s official response to Lance Armstrong’s motion to dismiss the fraud case in the matter of The United States v. Lance Armstrong.  Cutting, clear, and concise: Lance Armstrong is a thief.  It’s about as personal as you will ever hear the government talk about a former favorite son.  In a rare display of feelings, the claim transcends the money and journeys shamelessly into morality—this guy stole the good will of his sponsor and partner.  Vengeance hath no fury like a government duped.

Not Getting A Winner

Substitute the words “this single mother,” “this betrayed wife,” “this fatherless child” for the “the government” in the above entitled action and one gets close to the toxic feelings and emotional fever boiling in the hearts of 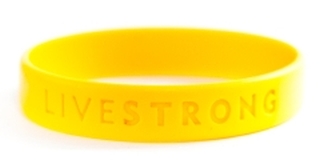 millions of wives, mothers, girlfriends, daughters, and sons in social fabrics across the globe.  They did not get a “winner” either.  They were victims of “male fraud” and live each day with the public and practical consequences they did not bargain for.  And while the government might be able to get some of its financial investment back if it
wins, that same hope does not work in the realm of emotional capital invested in a man.  There is no recourse for that kind of loss in our legal system but there is plenty of regret, feelings of stupidity and loss for having once believed fully in a man only to be confronted with an ugly reality.

To make matters worse, broken male culture and character has been immortalized into the mental fabric through the trillion dollar media and marketing universes.  Think Weiner.  Think Clinton.  Think Jack Ass.  Think Tiger.  The assumption is that we are all frauds in the minds of so many, especially in the hearts of those who have been or are being injured by men.  We are a mainstay of both the tabloid and hard news cycles.  From affairs to sex trafficking to mass shootings these are dark days for the male brand where there exists no visible separation between perception and reality.  We are in a global doghouse.

Fat chance getting this case dismissed any time soon guys.

Alas, there is always a silver lining in dark days.

In fact, a dark back-drop produces the perfect environment for the smallest light to be seen. To this end, smart men (young and old) should know this and realize that strong, moral, spiritual, cause-driven, relationally committed, and emotionally grown up dudes are in very high demand.  Based on the surveys conducted by Every Man Ministries among women, there is a groundswell of support and energy getting behind organizations and movements that produce guys they can trust and depend on whatever your stage of the masculine journey.   A lady told me on a radio show recently that she was talking about her surprise at finding a great guy like this and one of her friends immediately inquired, “Does he have brothers?”  Women wonder.  America wonders. The world wonders.   Why?  Because, contrary to the perception, the need for healthy male leadership at all levels of society is desperately needed.

The question now is: Will good men rise? From where?  Who will help them?

ANSWER:  Not the government or government sponsored programs.  Great guys are made not born.  Fathers must mentor sons.  Churches and faith communities have to invest intentionally.  Women must both demand and applaud healthy men versus settling.  Men of all ages must choose their role models and friends wisely.  But above all, no matter if you feel like a scumbag at the moment or a knight in shining armor, we need to help each other rise to this moment and need in the world.  The grass roots movement of healthy men and meetings is on and springing up in college dorms, board rooms, living rooms, church basements, and Starbucks all over the country.  Everymanministries.com reports subscriptions for its men’s small group meetings on a variety of men’s health issues are hitting new highs every day.  The top issues men are tackling according to searches and downloads include; marriage, leadership, sex, relationships, family, parenting, and spiritual growth.  Call it what you want:  a movement, a phenomenon, or fad.  The bottom line is that a growing number of men and organizations are combating “male fraud” in a strong and direct manner. More important, the women, children, families and communities connected to these men are happy to have more men like this in their midst.

Men who bring hope in a tsunami of harm.

MEN:  WATCH THIS TO START YOUR OWN MEN’S GROUP:

CHURCHES/ORGANIZATIONS:  WATCH THIS TO START A PROGRAM FOR MEN

WOMEN: SIGN YOUR MAN UP FOR A FREE TRIAL

Watch Out Ladies Part I